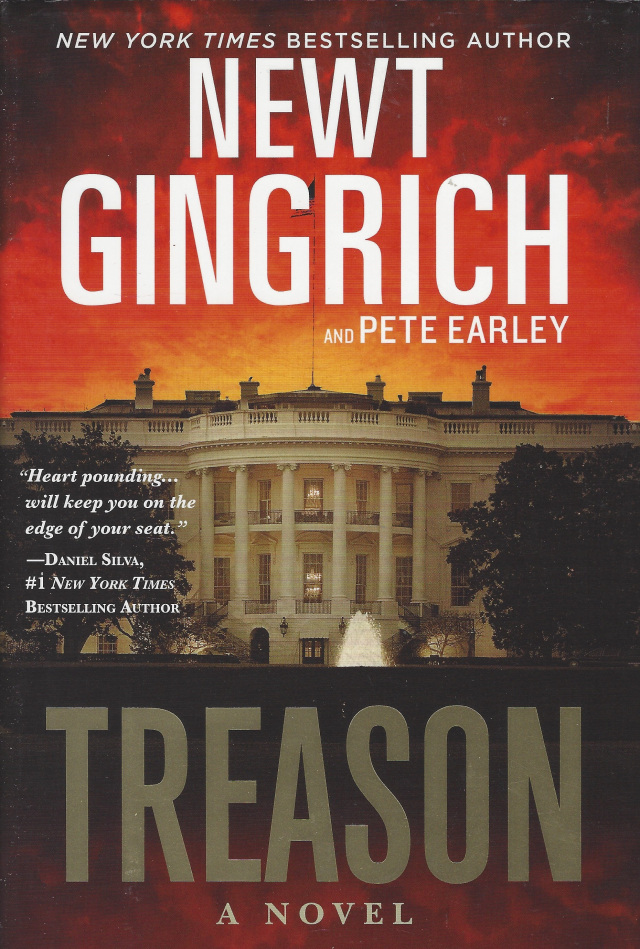 The world's master terrorist, known only has the Falcon, has infiltrated Washington's highest corridors of power, threatening the very existence of our democracy in this realistic tale of modern day Treason.

Major Brooke Grant has been waging war against terrorism since her parents were murdered during 9/11, keenly aware that her enemy transcends borders. But a coordinated attack on the president at the funeral of a Washington power broker leads her to a terrifying revelation: the enemy is closer than she'd ever imagined and is hiding in plain sight. The Falcon has gained a weapon no terrorist has ever wielded before: an American-born traitor burrowed inside the U.S. government itself.

Treason is a story of a nation fighting for its life not only against outside threats but slso against an internal threat -- a fanatical jihadist who uses liberty as a shield while trying to destroy the civilization created in its image. Major Grant's deadly chess match with the Falcon turns personal when he issues a fatwa against her and those she loves. Can she unmask the traitor and stop the Falcon's most skilled assassin sent to kill her before she strikes? Or will she fall victim to betrayal by a false friend in this gripping tale of treachery, courage, and ultimately, patriotism, where good battles evil?