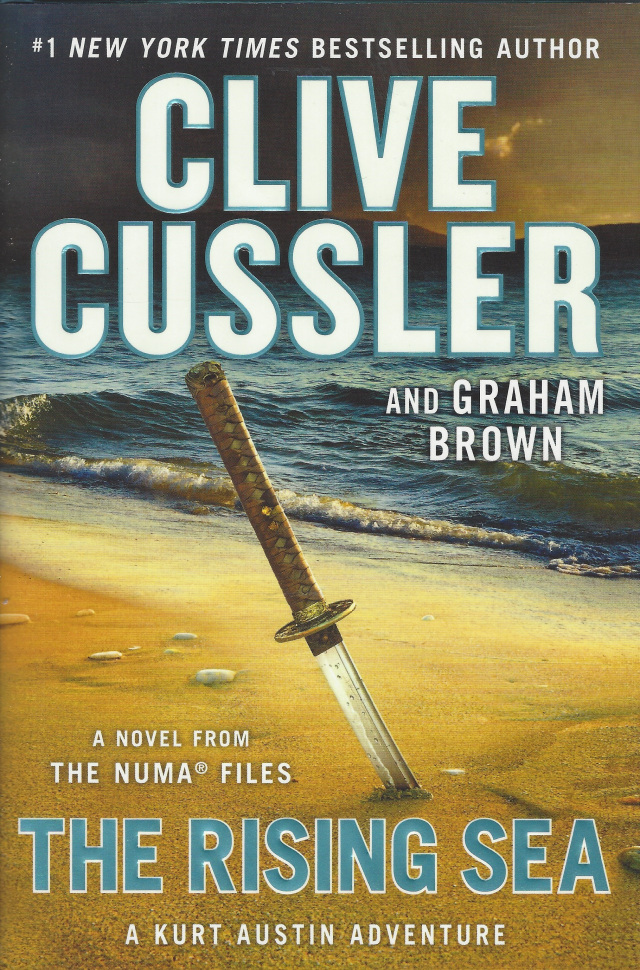 THE RISING SEA: A KURT AUSTIN ADVENTURE by Clive Cussler and Graham Brown

The Rising Sea: A Kurt Austin Adventure by Clive Cussler and Graham Brown

An alarming rise in the world's sea levels -- much greater than could be accounted for by glacier melt -- sends Kurt Austin, Joe Zavala, and the rest of the NUMA scientific team rocketing around the globe in search of answers. When they begin to suspect a mysterious underwater mining operation in the East China Sea, they find their investigation completely blocked by a mystery man with unparalleled technological resources and the services of an assassin so violent even the Yakuza has disowned him.

Outmatched and out-manned, it'll take everything NUMA has to stop the threat of complete global submersion. And that's only the beginning of their problems. Whatever this new adversary is after at the bottom of the Earth's surface, it's only one piece of a plan to upset the balance of power in the Pacific -- and in the process displace as many as a billion people. To protect this enterprise, he's bringing all of his resources together to create a weapon fit to become a very personal nightmare for Kurt Austin.

From the high-tech streets of Tokyo to a secret island stronghold, the NUMA team must track their enemies and hunt for answers. With Kurt Austin already exposed and in the line of fire, he's betting his life the stakes are worth the risk.