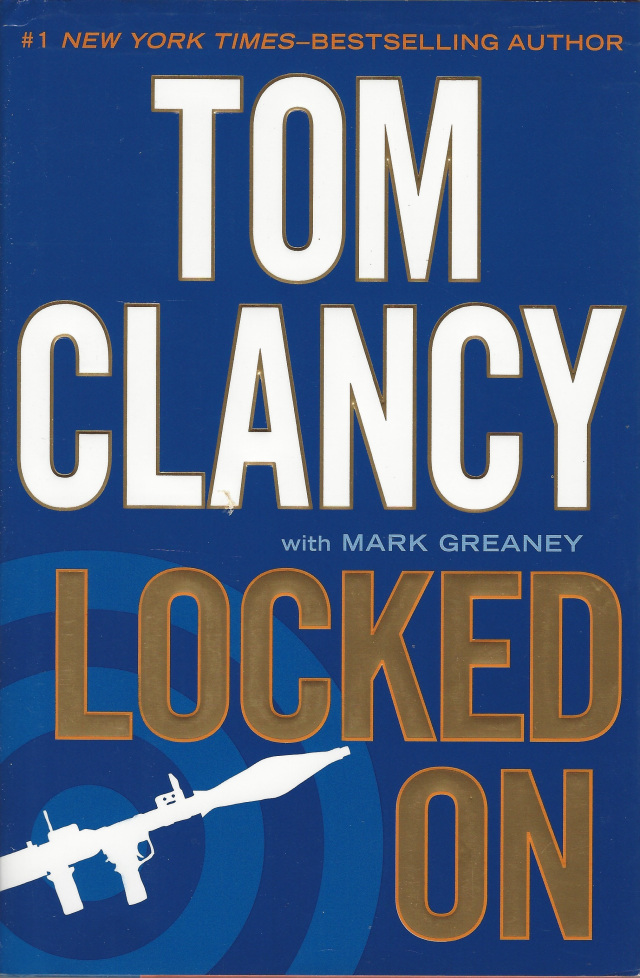 LOCKED ON by Tom Clancy with Mark Greaney

LOCKED ON by Tom Clancy with Mark Greaney

Although his father had been reluctant to become a field operative, Jack Ryan Jr. wants nothing more. Privately training with a seasoned Special Forces drill instructor, he's honing his skills to transition his work within The Campus from intelligence analysis to hunting down and eliminating terrorists wherever he can -- even as Jack Ryan Sr. campaigns for reelection as President of the United States.

But what neither father nor son knows is that the political and the personal have just become equally dangerous. A devout enemy of Jack Sr. launches a privately funded vendetta to discredit him by connecting the presidential candidate to a mysterious killing in the past by John Clark, his longtime ally. A shadowy mercenary team is dispatched to capture the former Navy SEAL.

With Clark on the run, its up to Jack Ryan Jr., along with Ding Chavez, Dominic Caruso, and the rest of the Campus team, to stop a threat emerging in the Middle East: A corrupt Pakistani general has entered into a deadly pact with a fanatical terrorist to procure nuclear warheads, which can be used to blackmail any world power into submission.

With the breakneck speed and military action scenes that have made hims the premier thriller writer of our time, Tom Clancy delivers a novel of high-tech warfare in which the enemy within may be even more devastating than the enemy without.