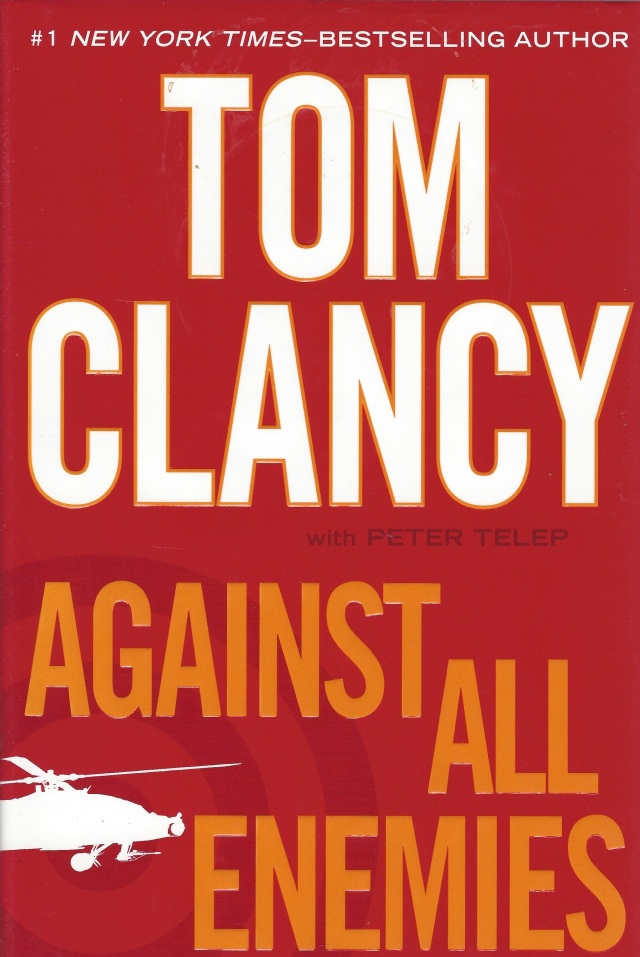 AGAINST ALL ENEMIES by Tom Clancy with Peter Telep

AGAINST ALL ENEMIES by Tom Clancy with Peter Telep

For years, ex-Navy SEAL Maxwell Moore has worked across the Middle East and behind the scenes for the Special Activities Division of the CIA, making connections, extracting valuable intelligence, and facing off against America's enemies at every turn. When Moore arrives at a rendezvous to take charge of a high-ranking Taliban captive, the meeting takes a horrific turn that neither Moore nor any of his bosses saw coming. Barely surviving, he tries to bring to safety a Pakistani colonel with information about the debacle, only to have that mission fall prey to forces more powerful and cunning than any he has faced before. Undaunted, and with failure not an option, Moore continues his quest for the truth, leaving many dead in his wake -- killed by those for whom secrecy is the ultimate weapon.

And then.... a shocking revelation: Two of the greatest threats to the security of the United States have forged an unholy alliance. After years of planning, the Taliban have come to terms with a vicious Mexican drug cartel for which they will supply opium. For the cartel, it is a matter of money, power, and ultimate control of the drug trade. But for the Taliban, it is an opportunity long awaited: to exploit the cartels and bring the fire of jihad to the hearts of the infidels.

It is up to Moore, and his team, to infiltrate and dismantle the drug cartel, even as they hunt for those who would bring the ultimate terror and destruction to the streets of America.

In a story that races from the remote, war-scarred landscapes of the Middle East to the blood-soaked chaos of the U.S. - Mexico border, Tom Clancy once again delivers a heart-stopping thriller that is frighteningly close to reality.