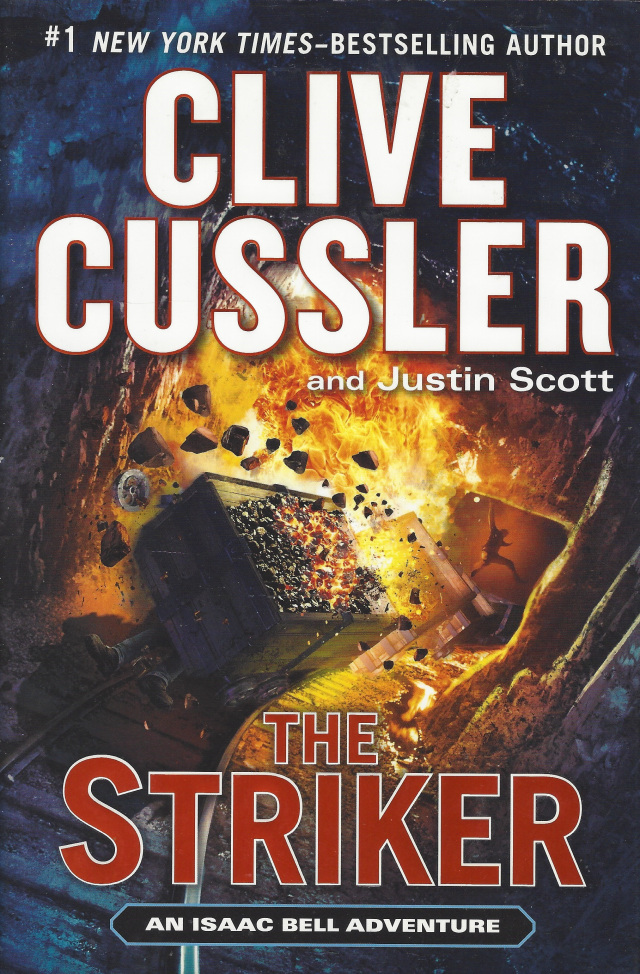 THE STRIKER: AN ISAAC BELL ADVENTURE by Clive Cussler and Justin Scott

THE STRIKER: AN ISAAC BELL ADVENTURE by Clive Cussler and Justin Scott

It is 1902, and a bright, inexperienced young man named Isaac Bell, only two years out of his apprenticeship at the Van Dorn Detective Agency has an urgent message for his boss. Hired to hunt for radical unionist saboteurs in the coal mines, he is witness to a terrible accident that makes him think that something else is going on, that provocateurs are at work and bigger stakes are in play.

Little does he know just how big they are. Given exactly one week to prove his case, Bell quickly finds himself pitted against two most ruthless opponents, men of staggering ambition and cold-bloodedness. . . who are not about to let some wet-behind-the-ears detective stand in their way.