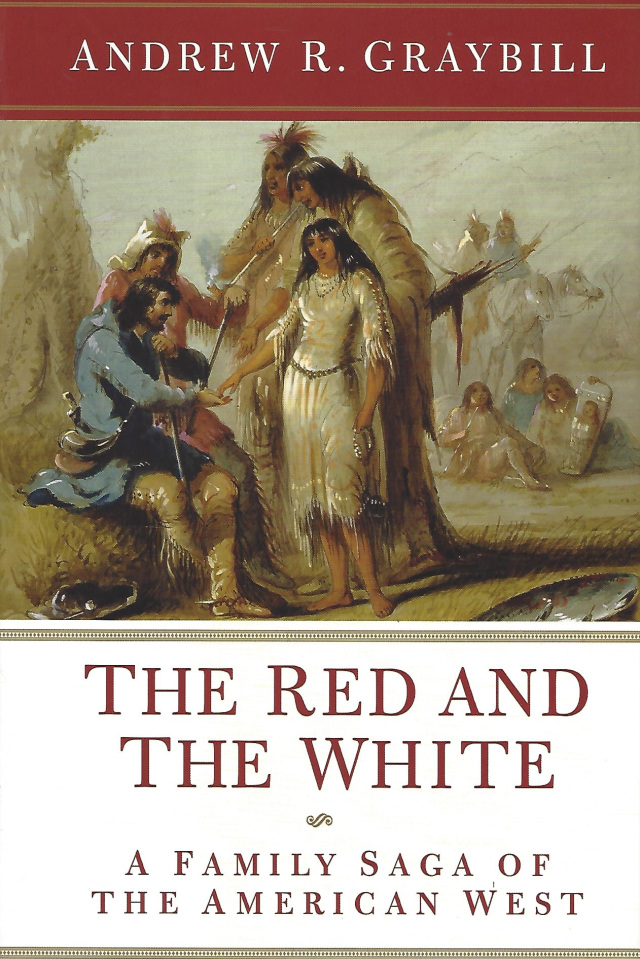 The Red and the White: A Family Saga of the American West by Andrew R. Graybill

The Red and the White: A Family Saga of the American West by Andrew R. Graybill

At dawn on January 23, 1870, Major Eugene Baker deployed the four hundred men under his command in a skirmish line atop the bluffs overlooking the Big Bend in the Marias River, where below them lay a slumbering Piegan winter camp. Hardened by a four-day march through unbearably frigid weather, the Second U.S. Cavalry had come that day to avenge the murder of Malcolm Clarke, a former fur trader who had been struck down by his wife's cousin, a renegade Piegan warrior. Among the inflamed citizens who had joined the army campaign were Clarke's own two sons. In the ensuing carnage -- described by one of Baker's lieutenants as "the greatest slaughter of Indians ever made by U.S. troops" -- the Clarke siblings participated in the butchery of their own blood relatives.

In this groundbreaking work of American history, Andrew R. Graybill places the Marias Massacre, as horrific as the more infamous slaughters at Sand Creek and Wounded Knee, within a larger three-generational family saga of the Clarke family itself. By turns gripping and heartbreaking, their unknown story illuminates the complex history of native-white intermarriage in the American Northwest, with particular attention to the mixed-blood children of such unions, "peoples-in-between," who struggled to negotiate the shifting grounds of race in nineteenth- and early twentieth-century America.

Graybill sets his narrative against the backdrop of the booming American fur trade, which in 1844 brought together Malcolm Clarke -- an expelled West Point cadet -- and his teen-aged bride, Coth-co-co-na, a member of the most powerful Indian nation on the northwestern Plains. While historians of a previous generation might have ended their story with Clarke's grisly murder, Graybill uses previously unexamined archival material to trace the lives of two of his and Coth-co-co-na's children, Horace and Helen, and one of their grandsons, John, all of whom lived lives that were circumscribed by the binary racial calculus defining individuals as either Indian or white.

The Red and the White offers us a searing portrait of native-white relationships, which date to the very beginnings of America, and whose offspring were contemptuously dismissed in their own time and often since as "half-breeds." Using a wealth of original documents, Graybill frames the Marias Massacre within a larger historical tableau, thus breaking new ground in our understanding of the racial complexities that helped shape America's fractious twentieth century.