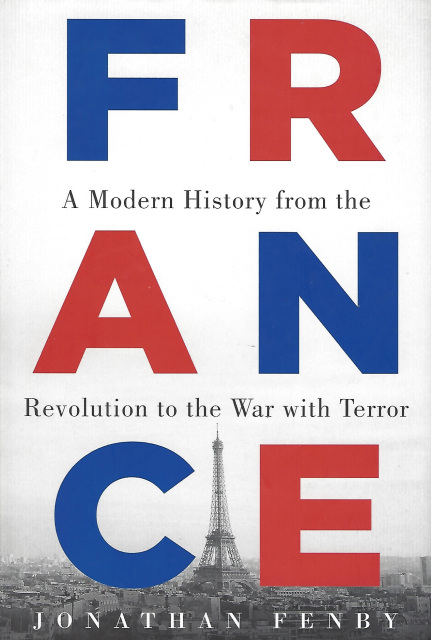 France: A Modern History from the Revolution to the War with Terror by Jonathan Fenby

France: A Modern History from the Revolution to the War with Terror by Jonathan Fenby

With the defeat of Napoleon Bonaparte at the Battle of Waterloo in June 1815, the next two centuries for France would be tumultuous. Critically acclaimed historian and political commentator Jonathan Fenby provides an expert and riveting journey through this period as he recounts and analyzes the extraordinary sequence of events of this period from the end of the First Revolution through two others, a return of the Empire, three catastrophic wars with Germany, periods of stability and hope interspersed with years of uncertainty and high tensions.

As her cross-channel neighbor Great Britain would equally suffer, France was to undergo the wrenching loss of colonies in the post-Second World War era as the new modern world we know today took shape. Her attempts to become the leader of the European Union were a constant struggle, as was her lack of support for America in the two Gulf Wars of the past twenty years. Alongside this came huge social changes and cultural landmarks, but also fundamental questioning of what this nation, which considers itself exceptional, really stood -- and stands -- for. That saga and those questions permeate the France of today, now with an implacable enemy to face in the form of Islamic extremism, which so bloodily announced itself in Paris in November 2015. Fenby details every event, every struggle, and every outcome across this expanse of two hundred years, providing the definitive guide to understanding France.