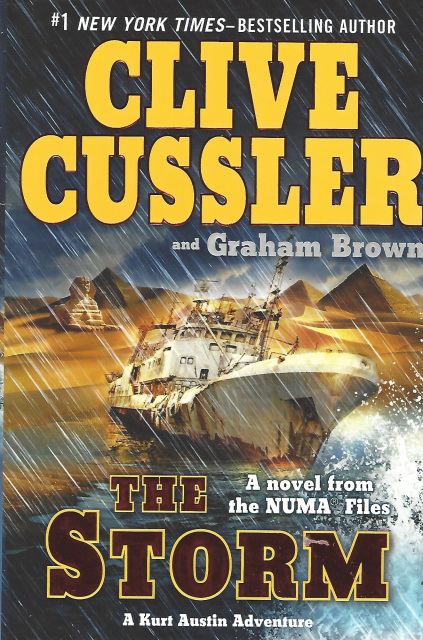 THE STORM by Clive Cussler and Graham Brown

The Storm by Clive Cussler and Graham Brown

In the middle of the Indian Ocean, a NUMA research vessel is taking water samples at sunset, when a member of the crew spots a sheen of black oil ahead of them. But it is not oil. Like a horde of army ants, a swarm of black particles suddenly attacks the ship, killing everyone aboard, while the ship itself goes up in flames.

A few hours later, Kurt Austin, Joe Zavala, and other members of the NUMA Special Assignments Team are on their way to the Indian Ocean. What they will find there on the smoldering hulk of the ship will eventually lead them to the discovery of a remarkably audacious scheme: a plan to permanently alter the weather on a global scale. It will kill millions and it has already begun.

Who is behind the scheme? A man like none they have ever known -- and he has even bigger plans in store.