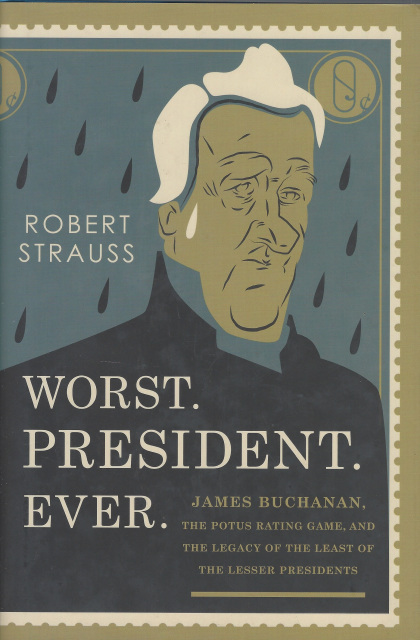 Worst. President. Ever. flips the great presidential biography on its head, offering an enlightening, entertaining, and at times hilarious account of poor James Buchanan's presidency to prove once and for all that, well, few leaders could have done worse.

But author Robert Strauss does much more, propelling readers through Buchanan's terrible term in office -- meddling in the Dred Scott Supreme Court decision, exacerbating the Panic of 1857, helping foment the John Brown uprisings and "Bloody Kansas," virtually inviting a half-dozen states to secede from the Union and initiate the Civil War, and on and on -- to explore with insight and humor his own obsession with presidents and ultimately the entire notion of ranking our commanders in chief.

With colorful commentary of the PTUS rating game played by historians and others who have made their own Mount Rushmores -- or Marianas Trenches -- of presidential achievement, Worst. President. Ever. shows why Buchanan easily loses to any of the others. And the author gives insights into presidential history buffs like himself, the forgotten "lesser" presidential sites, sex and the presidency, and how and why the nation's highest office can often take the best measures out of even the most dedicated men.