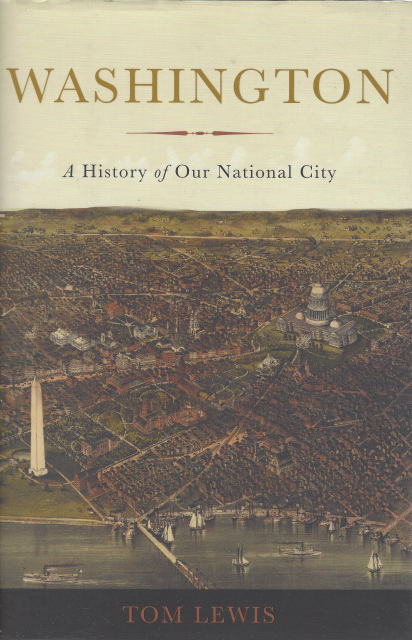 Washington: A History of Our National City by Tom Lewis

Washington: A History of Our National City by Tom Lewis

On January 24, 1791, President George Washington chose the site for the young nation's capital: ten miles square, it stretched from the highest point of navigation on the Potomac River, and encompassed the ports of Georgetown and Alexandria. From the moment the federal government moved to the District of Columbia in December 1800, Washington has been central to American identity and life. Shaped by politics and intrigue, poverty and largess, contradictions and compromises, Washington has been, from its beginnings, the stage on which our national dramas have played out.

In WASHINGTON, the historian Tom Lewis paints a sweeping portrait of the capital city whose internal conflicts and promise have mirrored those of America writ large. Breathing life into the men and women who struggled to help the city realize its full potential, he introduces us to the mercurial French artist who created an ornate plan for the city en grande; members of the nearly forgotten anti-Catholic political party who halted construction of the Washington monument for a quarter century; and the cadre of congressmen who maintained segregation and blocked the city's progress for decades. In the twentieth century, Washington's Mall and streets would witness a Ku Klux Klan march, the violent end to the encampment of World War I "Bonus Army" veterans, the 1963 March on Washington for Jobs and Freedom, and the painful rebuilding of the city in the wake of Martin Luther King, Jr.'s assassination.

"It is our national center," Frederick Douglass once said of Washington, DC; "it belongs to us, and whether it is mean or majestic, whether arrayed in glory or covered in shame, we cannot but share its character and its destiny." Interweaving the story of the city's physical transformation with a nuanced account of its political, economic, and social evolution, Lewis tells the powerful history of Washington, DC -- the site of our nation's highest ideals and some of its deepest failures.