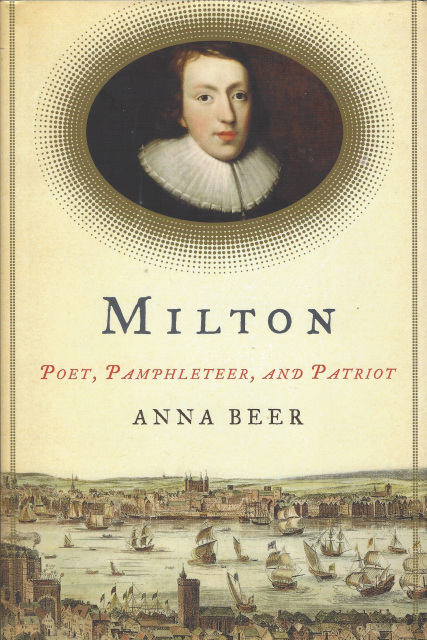 John Milton is one of the world's greatest poets, renowned author of the epic PARADISE LOST as well as numerous sonnets and other works. But he was also deeply involved in the political and religious controversies of his time. Fully immersed in the new and rapidly changing print culture, he wrote a series of challenging pamphlets on free speech, divorce, and religious, political, and social rights that forced a complete rethinking of the nature and practice not only of government, but of human freedom itself.

Having put his pen at the service of Parliament against King Charles, and his Latin at the service of Cromwell's new commonwealth, Milton was lucky to escape with his life when the Restoration came. By then completely blind, he persevered, creating the majestic works that made him immortal.

For centuries Milton has emerged from biographies either as a saintly figure removed from the messy business of personal affections or as a woman-hating domestic tyrant. Yet as Anna Beer shows, his personal life was just as rich and complex as his professional one. Neither ogre nor paragon, Milton had intense and often troubled relationships with both men (such as his early, passionate friendship with Charles Diodati) and women throughout all three of his marriages.

By closely examining all aspects of Milton's life -- his poetry, his prose, his Latin writings, his careful editing of his own biography, the records of his government work, and the social and political history of England during one of its most tumultuous periods -- Anna Beer succeeds in bringing a celebrated and enigmatic writer to vivid life on the four hundredth anniversary of his birth.