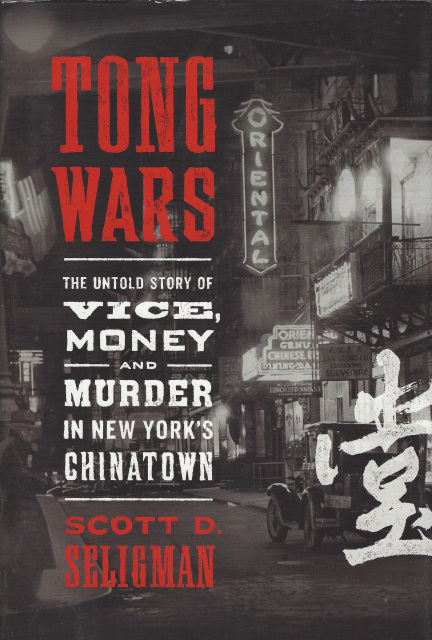 Nothing had worked, not threats or negotiations, not shutting down the betting parlors and opium dens, nor house-to-house searches or throwing Chinese offenders into prison. Not even executing them. The New York district attorney was running out of ideas, and more people were dying every day as the tong men's weapons of choice evolved from hatchets and meat cleavers to pistols, automatic weapons, and even bombs. Welcome to New York City's Chinatown in 1925.

The Chinese in turn-of-the-last-century New York were mostly immigrant peasants and shopkeepers making an honest living as laundry-men, cigar makers, and domestics. They gravitated to lower Manhattan and lived as Chinese an existence as possible, their few diversions -- gambling, opium, and prostitution -- available but illegal, even in the moral cesspool of greed and corruption that was New York. In a city were officials from rookie cops and police captains to ward bosses and aldermen were on the take, it wasn't long before a few resourceful merchants saw a golden opportunity to feather their nests by positioning themselves squarely between the vice dens and the police charged with shutting them down.

Set in the Tammany Hall era, this true tale centers on two Chinese tongs (secret brotherhoods), formed to support their countrymen in a society that offered them mainly discrimination and abuse, but quickly seduced by opportunities to corner the various markets of sin. As one of them began taxing the vice dens and paying off the easily bribable authorities, the other, eager for a piece of the action, co-opted a local reformist group to foil its competitors. Soon Chinese were slaughtering one another in the streets in a succession of ruthless gang wars that raged for the next three decades and were as bloody as any in the annals of New York history.

Scott Seligman paints an intricate portrait of early twentieth-century New York City, with characters ranging from gangsters and drug lords to do-gooders, judges, prosecutors, cops, and pols of every stripe. TONG WARS unlocks the secret -- and real -- history of one of America's most storied neighborhoods.