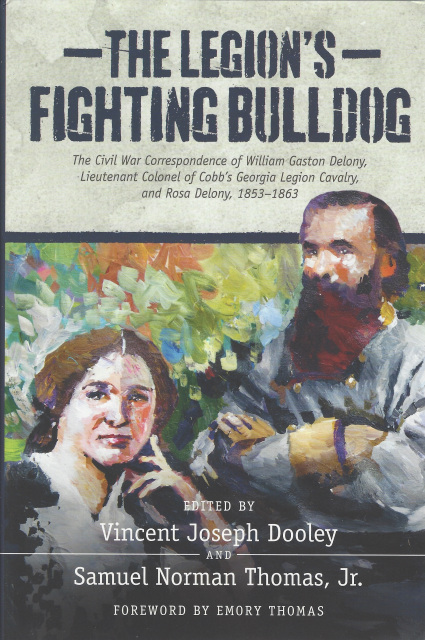 Greatly loved by those who served under him, Lieutenant Colonel William Gaston Delony possessed three admirable attributes: commanding presence, bulldog courage, and superb generalship. THE LEGION'S FIGHTING BULLDOG relays the story of a young man on the cusp of a promising law career in the 1850s who comes to the conclusion that his way of life, and that of his neighbors, is about to change forever. Interwoven with those of his wife, Rosa Eugenia Huguenin, the Delony correspondence furnishes us a window into the lives of independent individuals during the Civil War who also happened to be well-placed in society due to birth.

These writings provide insights into what soldiers thought and felt, and of what their families went through, both on the battlefield and at home. Delony doesn't just write about his movements or the battles he has participated in, he also writes about the military and domestic activities taking place, as well as some of his innermost feelings. Delony expresses concern for his wife's struggles with her pregnancy as well as his own woundings, even though he attempts to play down the latter. Rosa's letters in response express her concerns for her husband and the well-being of their children.

A graduate of the University of Georgia, Delony was well educated for the period. A lawyer prior to the war, his tremendous inherent tenacity and fighting ability made him the first Georgia Bulldog.