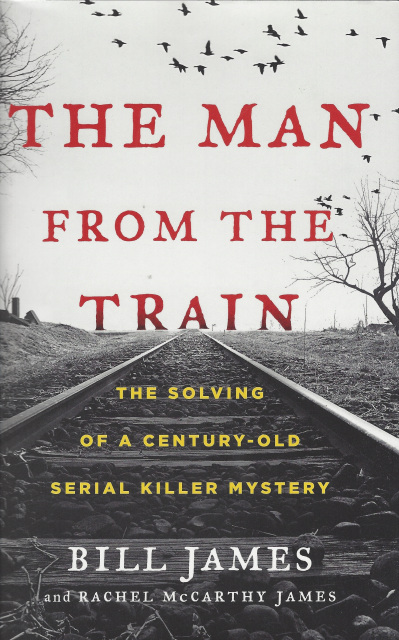 The Man from the Train: The Solving of a Century-Old Serial Killer Mystery by Bill James and Rachel McCarthy James

The Man from the Train: The Solving of a Century-Old Serial Killer Mystery by Bill James and Rachel McCarthy James

A hundred years ago, a traveling axe murderer horrified the nation, leaving a ghastly trail from Florida to Washington State and looping back again. He was a very clever fiend, and he'd work out a method whereby he could murder perhaps a hundred people without being caught.

Piecing together information from thousands of sources, baseball writer Bill James set out to create a full picture of what the man had done, and drew up a plan for how the monster might be identified -- never really expecting that his plan would work. But it did.

Using twenty-first-century research tools beyond the imaginations of people one hundred years ago, James and his coauthor sorted through hundreds of similar cases, compiling a list of thirty-four habits that identify The Man from the Train's crimes. Beginning with the murders of eight people in Villisca, Iowa, in 1912, the authors chased the story backward through the years, eventually finding its origins near the end of the nineteenth century.

Riveting and immersive, with writing as sharp as an axe, THE MAN FROM THE TRAIN paints a vivid, unforgettable portrait of small-town justice systems, overwhelmed by the crimes and exploited by opportunists. The authors' groundbreaking research will convince skeptics, amaze aficionados, and change the way we view criminal history.