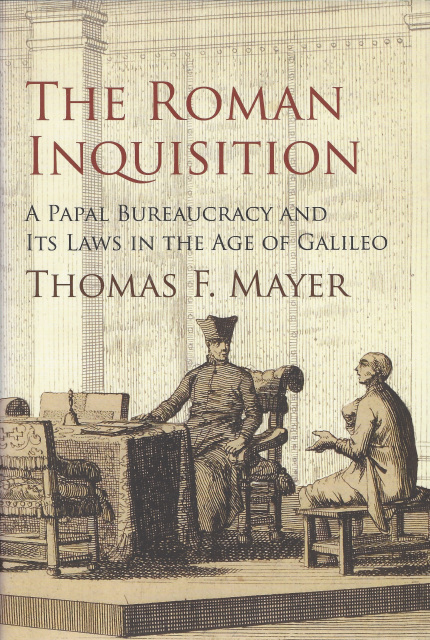 The Roman Inquisition: A Papal Bureaucracy and Its Laws in the Age of Galileo by Thomas F. Mayer

The Roman Inquisition: A Papal Bureaucracy and Its Laws in the Age of Galileo by Thomas F. Mayer

While the Spanish Inquisition has laid the greatest claim to both scholarly attention and the popular imagination, the Roman Inquisition, established in 1542 and a key instrument of papal authority, was more powerful, important, and long-lived. Founded by Paul III and originally aimed to eradicate Protestant heresy, it followed medieval antecedents but went beyond them by becoming a highly articulated centralized organ directly dependent on the pope. By the late sixteenth century, the Roman Inquisition had developed its own distinctive procedures, legal process, and personnel, the congregation of cardinals and a professional staff. While its legal process grew out of the technique of inquisitio formulated by Innocent III in the early thirteenth century, it became the most precocious papal bureaucracy on the road to the first "absolutist" state.

As Thomas F. Mayer demonstrates, the Inquisition underwent constant modification as it expanded. The new institution modeled its case management and other procedures on those of another medieval ancestor, the Roman supreme court, the Rota.

With unparalleled attention to archival sources and detail, Mayer portrays a highly articulated corporate bureaucracy with the pope at its head. He profiles the Cardinal Inquisitors, including those who would play a major role in Galileo's trials, and details their social and geographical origins, their education, economic status, earlier careers in the Church, and networks of patronage. At the point this study end, circa 1640, Pope Urban VIII had made the Roman Inquisition his personal instrument and dominated it to a degree none of his predecessors had approached.