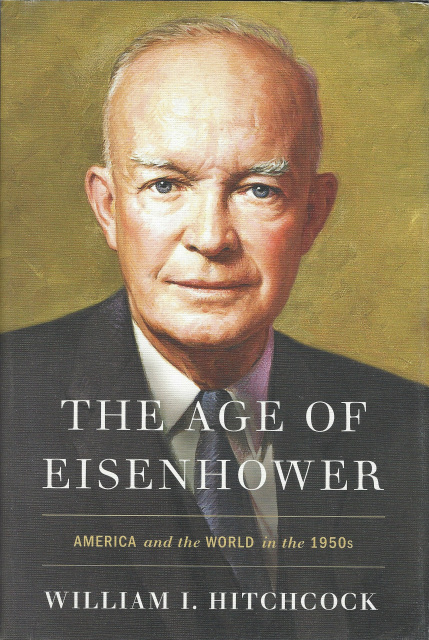 The Age of Eisenhower: America and the World in the 1950s by William I. Hitchcock

The Age of Eisenhower: America and the World in the 1950s by William I. Hitchcock

Drawing on newly declassified documents and thousands of pages of unpublished material, THE AGE OF EISENHOWER tells the story of a masterful president guiding the nation through the great crises of the 1950s, from McCarthyism and the Korean War through civil rights turmoil and Cold War conflicts. This is a portrait of a skilled leader who, despite his conservative inclinations, found a middle path through the bitter partisanship of his era. At home, he affirmed the central elements of the New Deal, such as Social Security; fought the demagoguery of Senator Joseph McCarthy; and advanced the agenda of civil rights for African Americans. Abroad, he ended the Korean War and avoided a new quagmire in Vietnam. Yet he also charted a significant expansion of America's missile technology and deployed a vast array of covert operations around the world to confront the challenge of communism. As he left office, he cautioned Americans to remain alert to the dangers of a powerful military-industrial complex that could threaten their liberties.

Today, presidential historians rank Eisenhower fifth on the list of great presidents, and William HItchcock shows us why Ike's stock has risen so high. He was a gifted leader, a decent man of humble origins who used his powers to advance the welfare of all Americans. Now more than ever, Americans have much to learn from Dwight Eisenhower.