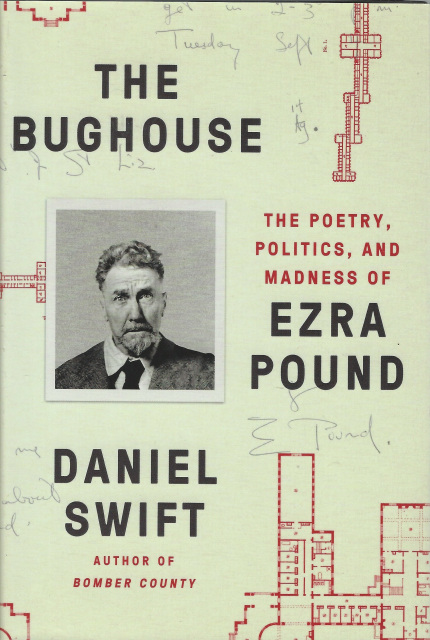 The Bughouse: The Poetry, Politics, and Madness of Ezra Pound by Daniel Swift

The Bughouse: The Poetry, Politics, and Madness of Ezra Pound by Daniel Swift

In 1945, the American poet Ezra Pound was due to stand trial for treason for his broadcasts in Fascist Italy during the Second World War.

Before the trial could take place, however, he was pronounced insane. Escaping a possible death sentence, he was sent to St. Elizabeth's Hospital near Washington, D.C., where he was held for more than a decade.

At the hospital, Pound was at his most infamous, and most contradictory. He was a genius and a traitor, a great poet and a madman. He was also an irresistible figure and, in his cell on Chestnut Ward and on the elegant hospital grounds, he was visited by the major poets and writers of his time. T.S. Eliot, Elizabeth Bishop, Robert Lowell, John Berryman, Charles Olson, and Frederick Seidel all went to sit with him. They listened to him speak and wrote of what they had seen. This was perhaps the world's most unorthodox literary salon: convened by a fascist, held in a lunatic asylum, with chocolate brownies and mayonnaise sandwiches served for tea.

Pound continues to divide all who read and think of him. At the hospital, the doctors who studied him and the poets who learned from him each had a different understanding of this wild and most difficult man. Tracing Pound through the eyes of his visitors, Daniel Swift's THE BUGHOUSE tells a story of politics, madness, and modern art in the twentieth century.