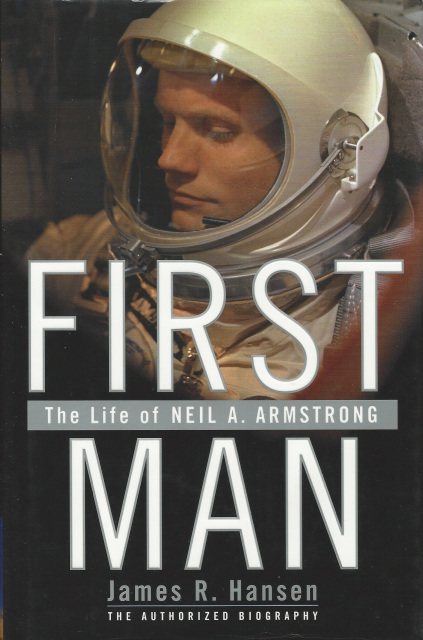 First Man: The Life of Neil A. Armstrong by James R. Hansen

First Man: The Life of Neil A. Armstrong by James R. Hansen

On July 20, 1969, the world stood still to watch thirty-eight-year-old American astronaut Neil A. Armstrong become the first person ever to step on the surface of another heavenly body. Perhaps no words in human history became better known than those few he uttered at that historic moment.

Upon his return to Earth, Armstrong was honored and celebrated for his monumental achievement. He was also -- as James R. Hansen reveals in this fascinating and important authorized biography -- misunderstood. Armstrong's accomplishments as an engineer, a test pilot, and an astronaut have long been a matter of record, but Hansen's unprecedented access to private documents and unpublished sources and his interviews with more than 125 subjects (including more than fifty hours with Armstrong himself) yield this first in-depth analysis of an elusive American celebrity still renowned the world over.

In a riveting narrative filled with revelations, Hansen vividly re-creates Armstrong's career in flying, from his seventy-eight combat missions as a naval aviator flying over North Korea to his formative trans-atmospheric flights in the rocket-powered X-15 to his piloting Gemini VIII to the first-ever docking in space. These milestones made it seem, as Armstrong's mother, Viola, memorably put it, "as if from the very moment he was born -- farther back still -- that our son was somehow destined for the Apollo 11 mission."

For a pilot who cared more about flying to the Moon than he did about walking on it, Hansen asserts, Armstrong's storied vocation exacted a dear personal toll, paid in kind by his wife and children. For the thirty-six years since the Moon landing, rumors have swirled around Armstrong concerning his dreams of space travel, his religious beliefs, and his private life.

In a penetrating exploration of American hero worship, Hansen addresses the complex legacy of the First Man, as an astronaut and as an individual. In FIRST MAN, the personal, technological, epic, and iconic blend to form the portrait of a great, but reluctant, hero who will forever be known as history's most famous space traveler.