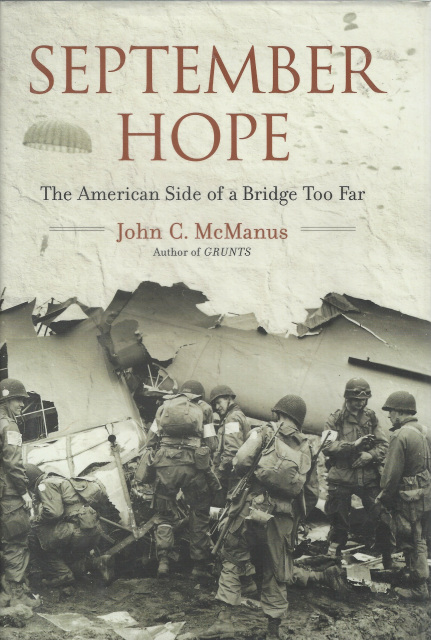 September Hope: The American Side of a Bridge Too Far by John C. McManus

September Hope: The American Side of a Bridge Too Far by John C. McManus

August 1944 saw the Allies achieve more significant victories than in any other month over the course of the war. Soviet armies annihilated more than twenty German divisions and pushed the hated enemy from Russia to deep inside Poland. General Eisenhower's D-Day invasion led to the liberation of France. Encouraged by these triumphs, British, Canadian, and American armored columns plunged into Belgium, Holland, and Luxembourg. The Germans were in disarray, overwhelmed on all fronts, losing soldiers by the thousands as Allied bombers pulverized their cities. For the Third Reich, it seemed the end was near. And among the Allied troops, it was rumored that the war would soon be over than that everyone would be home for Christmas.

Then came September and Holland.

On September 17, the largest airborne drop in military history commenced, including two entire American divisions, the 101st and the 72nd. Their mission was to secure key bridges at such places as Son, Eindhoven, Grave, and Nijmegen until British armored forces could relieve them. The armor would slash northeast, breach the Rhine, and go wild on the north German plains. However, the Germans were much stronger than the allies anticipated. In eight days of ferocious combat, they mauled the airborne, stymied the tanks, and prevented the Allies from crossing the Rhine.

With never-before-seen sources and countless personal interviews, September Hope reveals the American perspective of one of the most famous and decisive battles of World War II.

This is a BRAND NEW BOOK.