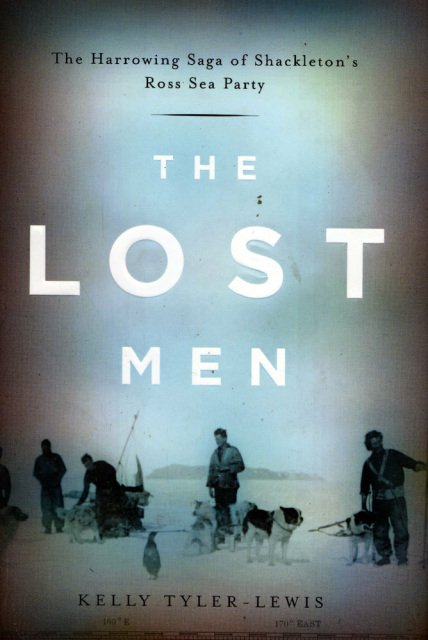 In 1914, Sir Ernest Shackleton sailed sough aboard the Endurance to be the first to cross Antarctica from coast to coast. Shackleton's endeavor is legend, but few know the astonishing story of the Ross Sea party, the support crew he dispatched to the opposite side of the continent on the Aurora to build a lifeline of food and fuel depots to sustain his crossing.

"I had not anticipated that the work would present any great difficulties," Shackleton wrote. But the Aurora broke free of her moorings and disappeared in a gale in 1915, stranding ten men on the continent with only the clothes on their backs and a few provisions. With little hope of rescue from civilization, then embroiled in World War I, the men decided to go forward with their mission. Against all odds, the Ross Sea party trekked across the Ross Ice Shelf to cache Shackleton's provisions, sledging 1,700 miles with scavenged gear. They never imagined that their immense sacrifice was, after all, futile. For by the end of 1915, the Endurance lay crushed at the bottom of the Weddell Sea. Shackleton never set foot on the continent. Marooned for two years, some of the Ross Sea party would lose their lives before the ordeal was over.

It was a record-setting odyssey of the heroic age of polar exploration -- the age of Scott, Amundsen, and Shackleton -- and it would also be the last. Thereafter, scientists with machines would rationalize Antarctic exploration, eclipsing the pioneering romantics. But the Ross Sea party was unequivocally akin to the early adventurers -- inexperienced, poorly equipped men who endured the unspeakable suffering of malnutrition and hypothermia in the most extreme weather conditions with fortitude. And yet even in an age of singular endeavors, the heroic achievement of the Ross Sea party was extraordinary.

With their personal journals, photographs, and previously unpublished documents, Tyler-Lewis brings us close to these men in their best and bleakest times and revives for us their astounding story of survival in the most hostile environment on earth.