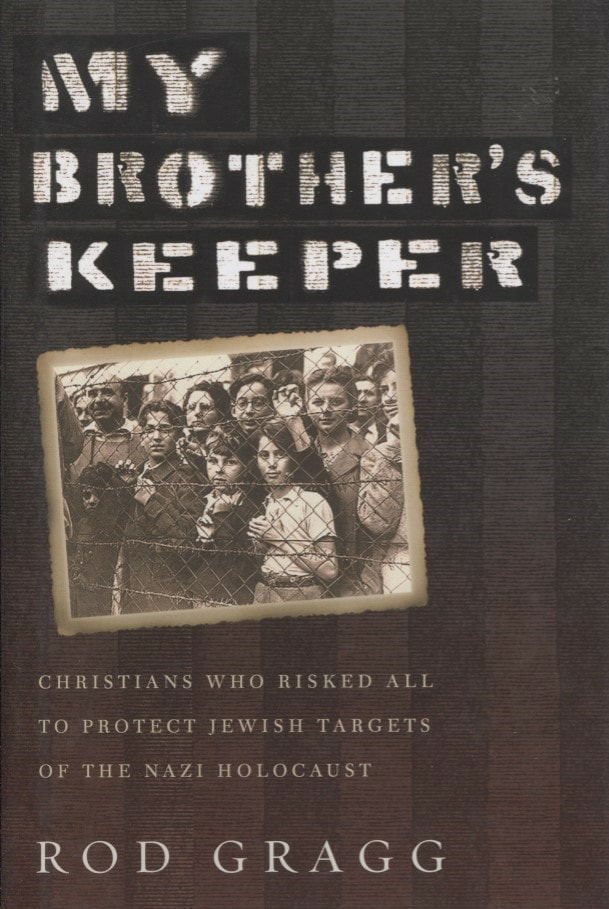 My Brother's Keeper: Christians Who Risked All to Protect Jewish Targets of the Nazi Holocaust by Rod Gragg

My Brother's Keeper: Christians Who Risked All to Protect Jewish Targets of the Nazi Holocaust by Rod Gragg

MY BROTHER'S KEEPER unveils the dramatic, inspirational story of how everyday Christians risked their lives to help protect Jewish men, women, and children from the dark and deadly storm of the Nazi Holocaust. An evangelical pastor in Germany.... a farm family in Poland.... a teenage girl in Austria.... a young teacher in Hungary.... a watch-maker in Holland.... a British spy.... a Chinese diplomat.... a Belgian priest.... a French homemaker.... an American soldier.... a royal princess, and many others were willing to surrender their lives to defend Jewish targets of Nazi tyranny. And life itself was required of many.

Researched and written by award-winning historian Rod Gragg, MY BROTHER'S KEEPER reveals one gripping profile after another -- thirty accounts of Christians from all walks of life who were granted the grace to face the forces of evil. With courage that was forged in faith, they were called to help protect and preserve the lives of thousands of Jewish individuals and families from the horrors of the Holocaust. Eventually, each of them would be honored by the nation of Israel with the title "The Righteous Among the Nations." Each story is extraordinary, and all deserve to be remembered and retold in "such a time as this."