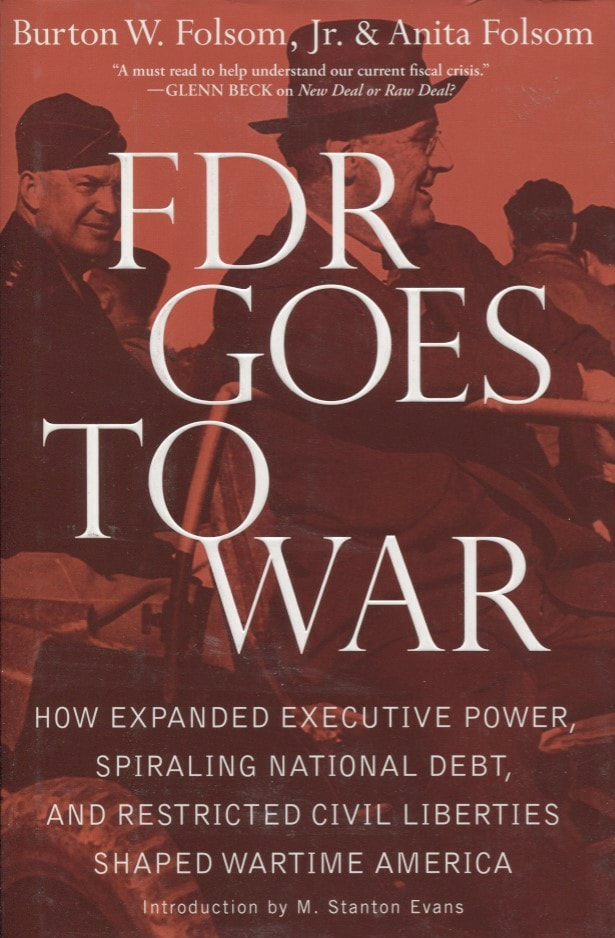 At a time when most Americans held isolationist sentiments -- a backlash against the stunning carnage of World War I -- Roosevelt secretly favored an aggressive interventionist foreign policy. Yet, throughout the 1930s, he spent lavishly on his disastrous New Deal programs and slashed defense spending, leaving America vastly unprepared for Japan's attack on Pearl Harbor and the challenge of fighting World War II.

History books tell us the wartime economy was a boon, thanks to massive government spending. But the skyrocketing national debt, food rations, nonexistent luxuries, crippling taxes, labor strikes, and dangerous work of the time tell a different story -- one that is hardly the stuff of recovery.

Instead, the war ushered in a new era of imperialism for the executive branch. Roosevelt seized private property, conducted illegal wiretaps, tried to silence domestic opposition, and interned 110,000 Japanese Americans. He set a dangerous precedent for entangling alliances in foreign affairs, including his remarkable courtship of Russian dictator Joseph Stalin, while millions of Americans showed the courage, perseverance, and fortitude to make the weapons and fight the war.

Was Roosevelt a great wartime leader, as historians almost unanimously assert? The Folsoms offer a thought-provoking revision of his controversial legacy. FDR GOES TO WAR will make America take a second look at one of its most complicated presidents.