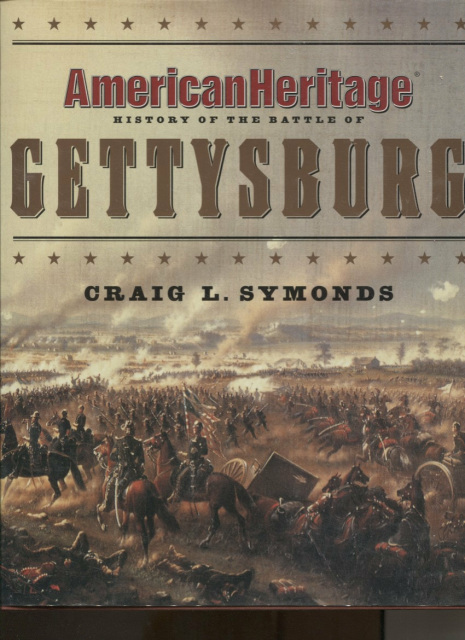 History of the Battle of Gettysburg by Craig L. Symonds

History of the Battle of Gettysburg by Craig L. Symonds

"In the summer of 1863, 150,000 armed men marched down various roads, all aiming for the town of Gettysburg, population 2,400. Most of them were hardened veterans who had seen many battles, but few could have guessed that they were heading for a collision that would last three days, claim 50,000 casualties, and become celebrated as the largest military engagement in the history of the Western Hemisphere. It was not destiny that brouth them to Gettysburg.....It was that network of road so resembling a spider's web, with the town of Gettysburg at its very center."

So begins the stunning retelling of an epic battle -- the bloodiest and longest in the Civil War -- the Battle of Gettysburg. Beginning with Chancellorsville, which set the stage for Robert E. Lee's second invasion of the North, and concluding with Lee's escape across the Potomac, noted Historian Craig L. Symond's brilliant narrative in the American Heritage History of the Battle of Gettysburg details the three days in July when two armies struggled in a virtual death grip across a dozen square miles of rolling Pennsylvania countryside.

Symonds encapsulates the grand sweep of the Pennsylvania battle by mapping both sides' military strategy, such as the Confederate decision to invade Pennsylvania, the cat-and-mouse game as Lee's army moved north, and, finally, the terrible clash of arms on the hills and fields of Gettysburg. The book also draws upon first-hand accounts from the front lines, humanizing the Blue and Gray -- the soldiers fighting for their lives and country. Richly illustrated with nearly three hundred photographs, color paintings, and illustrations, and with a wealth of letters, diaries, and memoirs accompanying the text, this is the story of Gettysburg as it has never been told before. It is sure to become a high-water mark in Civil War history writing.