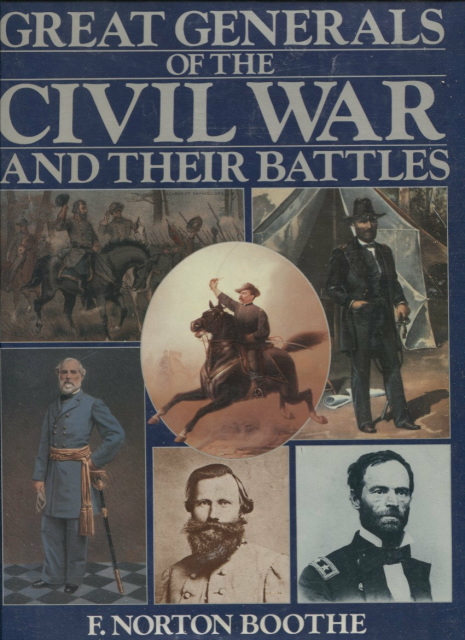 Great Generals of the Civil War and Their Battles by F. Norton Boothe

Great Generals of the Civil War and Their Battles by F. Norton Boothe

Great Generals of the Civil War and Their Battles surveys the careers of the ten most notable commanders of the war, five from each side, describing in detail the events and decisions that shaped their most significant battles and campaigns. On the Union side are Generals Ulysses S. Grant, George G. Meade, Philip Sheridan, William Sherman, and George Thomas, 'the Rock of Chicamauga.' Representing the Confederacy are Thomas 'Stonewall' Jackson, Robert E. Lee, the colorful J.E.B. Stuart, A.P. Hill, and Nathan Bedford Forrest.

The Civil War aroused emotions so strong that their currents can still be detected today, a fact that is understandable in that more Americans were killed in this conflict than in the two World Wars, Korea, and Vietnam combined. Few Americans are unacquainted with the war's events, including the titanic struggle between Lee and Meade at Gettysburg and Sherman's devastating march through Georgia. But the deeper picture of the men who led the forces in these battles and their attempts to master the many new problems which the nature of the war created is still more interesting. This was one of the last major conflicts in which generals both controlled the movement of their armies and often led them in person. Thus the conduct of key battles reflects directly the personality of the generals involved.

The highly readable and authoritative text of this volume is fully complemented by almost 250 illustrations and maps, comprising a work that no student of the American Civil War will want to be without.