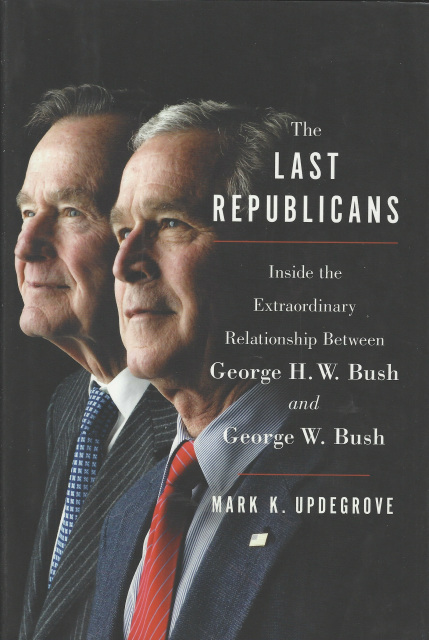 THE LAST REPUBLICANS: INSIDE THE EXTRAORDINARY RELATIONSHIP BETWEEN GEORGE H.W. BUSH AND GEORGE W. BUSH by Mark K. Updegrove

The Last Republicans: Inside the Extraordinary Relationship Between George H.W. Bush and George W. Bush by Mark K. Updegrove

Drawing extensively on exclusive access and interviews with both Bush presidents, Updegrove reveals for the first time their influences and perspectives on each other's presidencies; their views on family, public service, and America's role in the world; and their unvarnished thoughts on Donald Trump and the radical transformation of the Republican Party he now leads.

In 2016 George W. Bush lamented privately that he might be "the last Republican president." Donald Trump's election marked the end not only to the Bushes' hold on the White House, but of a rejection of the Republican principles of civility and international engagement and leadership that the Bushes have long championed.

The Last Republicans offers illuminating, moving portraits of the forty-first and forty-third presidents, as well as an elegy for the Republican "establishment," which once stood for putting the interests of the nation over those of any single man.