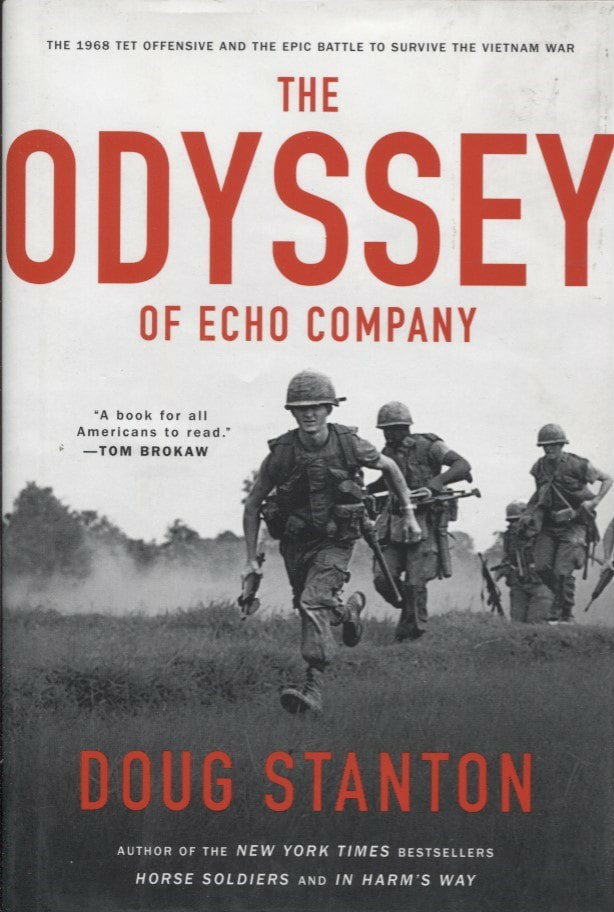 The Odyssey of Echo Company by Doug Stanton

The Odyssey of Echo Company by Doug Stanton

On a single night, January 31, 1968, as many as 100,000 soldiers in the North Vietnamese Army attack thirty-six cities throughout South Vietnam, hoping to dislodge American forces. Forty-six young American soldiers of an Army reconnaissance platoon (Echo Company, 1/501) of the 101st Airborne Division, hailing from farms, small towns, and big cities, are thrust into savage combat having only been in-country only a few weeks. Their battles against North Vietnamese soldiers and toughened Viet Cong guerrillas are relentless, often hand to hand, and waged across landing zones, rice paddies, hamlets, rivers, and dense jungle. Their exhausting day-to-day existence, which involves ambushes, grueling machine-gun battles, and heroic rescues of wounded comrades forges the group into a lifelong brotherhood. The Odyssey of Echo Company is about these young men and centers on the searing experiences of one of them, Stanley Parker, who is wounded three times during the fighting.

When the young men come home, some encounter a country that doesn't understand what they have survived. Many fall silent, knowing that few want to hear the stories they have lived to tell -- until now. Based on interviews, personal letters, and Army after-action reports, and augmented by maps and combat zone photos, The Odyssey of Echo Company recounts the wartime service and homecoming of ordinary young American men in an extraordinary time and confirms Doug Stanton's prominence as an unparalleled storyteller of our age.