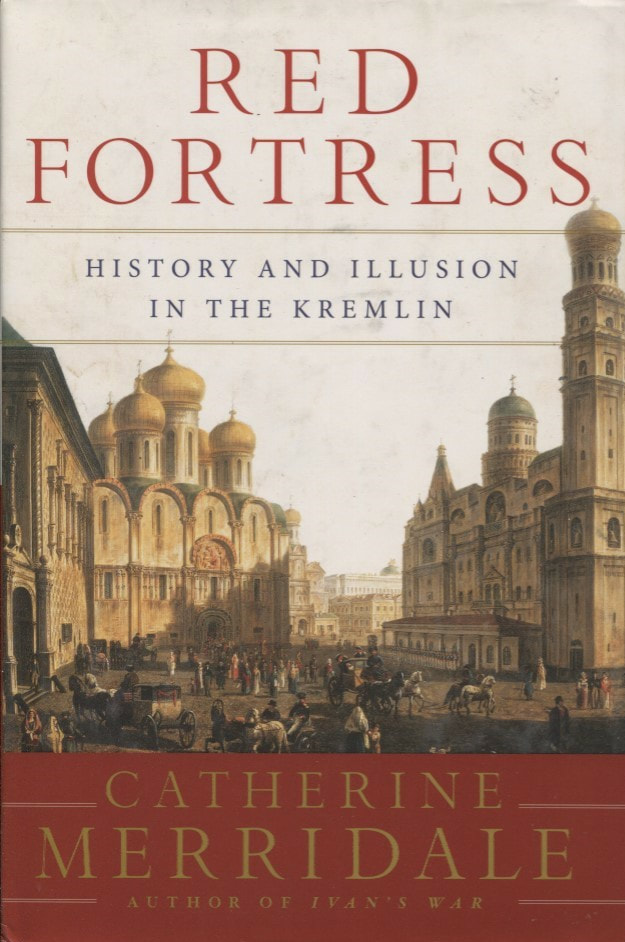 Red Fortress: History and Illusion in the Kremlin by Catherine Merridale

Red Fortress: History and Illusion in the Kremlin by Catherine Merridale

The Kremlin is the heart of the Russian state, a fortress whose bloodred walls have witnessed more than eight hundred years of political drama and extraordinary violence. It has been the seat of a priestly monarchy and a worldy church; it has served as a crossroads for diplomacy, trade, and espionage; it has survived earthquakes, devastating fires, and at least three revolutions. Its very name is a byword for enduring power. From Ivan the Terrible to Vladimir Putin, generations of Russian leaders have sought to use the Kremlin to legitimize their vision of statehood.

Drawing on a dazzling array of sources from hitherto unseen archives and rare collections, renowned historian Catherine Merridale traces the full history of this enigmatic fortress. The Kremlin has inspired innumerable myths, but no invented tales could be more dramatic than the operatic successions and savage betrayals that took place within its vast compound of palaces and cathedrals. Today, its sumptuous golden crosses and huge electric red stars blaze side by side as the Kremlin fulfills its centuries-old role, linking the country's recent history to its distant past and proclaiming the eternal continuity of the Russian state.

More than an absorbing history of Russia's most famous landmark, Red Fortress uses the Kremlin as a unique lens, bringing into focus the evolution of Russia's culture and the meaning of its politics.

THIS IS A BRAND NEW BOOK. THERE IS A RED "CLOSEOUT/REMAINDER" MARK ON THE TOP PAGE EDGES, AND THERE IS MINIMAL SHELF WEAR.