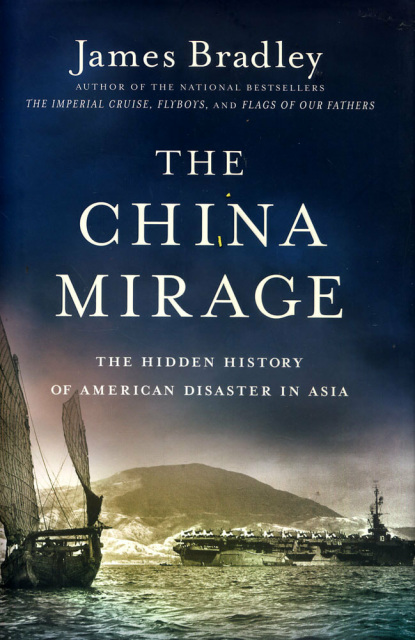 The China Mirage: The Hidden History of American Disaster in Asia by James Bradley

The China Mirage: The Hidden History of American Disaster in Asia by James Bradley

In this engrossing book, bestselling author James Bradley exposes the hidden truths behind America's engagement with China. In the 1800s, many prominent Americans -- including Franklin Delano Roosevelt's grandfather Warren Delano -- made their fortunes in the China opium trade. As these men made a profit by addicting millions, American churches sent missionaries in search of a myth: noble Chinese peasants eager to westernize.

The media propagated this mirage, spurred on by bestselling novelist Pearl Buck and magazine publisher Henry Luce, both children of missionaries. FDR agreed that U.S. support for Chiang Kai-=shek and his glamorous American-educated wife would make China America's best friend in Asia. By the time Japan invaded China in 1937 and attacked Pearl Harbor four years later, Americans were heavily invested in an illusion. But Chiang was on his way out, and when MaoZedong came to power, Americas were shocked, wondering how we had "lost China."

Taking us from the nineteenth century through World War II and to the origins of the Vietnam War, Bradley reveals how American misconceptions about China have distorted our domestic and foreign policies and led to the avoidable deaths of millions. Thrillingly told, The China Mirage dynamically explores the troubled history that defines U.S.-China relations to this day.