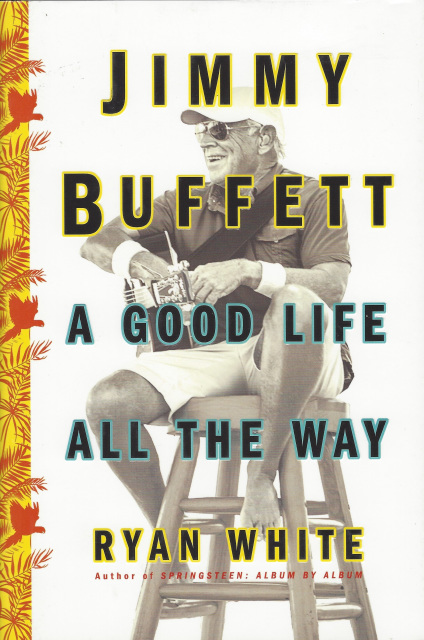 Jimmy Buffett: A Good Life All The Way by Ryan White

Jimmy Buffett: A Good Life All The Way by Ryan White

In JIMMY BUFFETT: A GOOD LIFE ALL THE WAY, acclaimed music critic Ryan White has crafted the first definitive account of Buffett's rise from singing songs for beer to his emergence as a tropical icon and CEO behind the Margaritaville industrial complex, a vast network of merchandise, chain restaurants, resorts, and lifestyle products all inspired by his sunny, but disillusioned, hit "Margaritaville."

Filled with interviews with friends, musicians, Coral Reefer Band members past and present, and business partners who were there, this book is a top-down joyride with plenty of side trips and meanderings from Mobile and Pascagoula to New Orleans, Key West, down into the islands aboard the Euphoria and the Euphoria II, and into the studios and onto the stages where the foundation of Buffett's reputation was laid.

Buffett wasn't always the pied piper of beaches, bars, and laid-back living. Born on the Gulf Coast, the son of a son of a sailing ship captain, Buffett scuffed around New Orleans in the late sixties, flunked out of Nashville (and a marriage) in 1971, and found refuge among the artists, dopers, shrimpers, and genuine characters who'd collected at the end of the road in Key West. And it was there, in those waning outlaw days at the last American exit, where Buffett, like Hemingway before him, found his voice and eventually brought to life the song that would launch Parrot Head nation.

And just where is Margaritaville? It's wherever its five o'clock; it's wherever there's a breeze and salt in the air; and it's wherever Buffett sets his bare feet, smiles, and sings his songs.