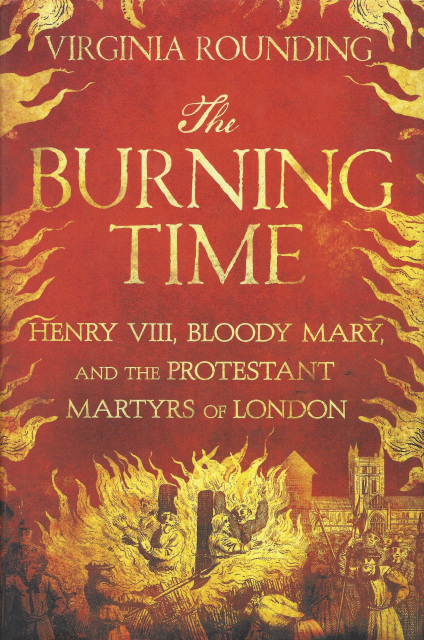 The Burning Time: Henry VIII, Bloody Mary, and the Protestant Martyrs of London by Virginia Rounding

The Burning Time: Henry VIII, Bloody Mary, and the Protestant Martyrs of London by Virginia Rounding

Smithfield, settled on the fringes of Roman London, was once a place of revelry. Jesters and crowds flocked for the medieval St. Bartholomew's Day celebrations, tournaments were plentiful, and it became the location of London's most famous meat market. Yet in Tudor England, Smithfield had another, more sinister use: the public execution of heretics.

The Burning Time is a vivid insight into an era in which what was orthodoxy one year might be dangerous heresy the next. The first martyrs were Catholics, who cleaved to Rome in defiance of Henry VIII's break with the Papacy. But with the accession of Henry's daughter Mary -- soon to be nicknamed "Bloody Mary" -- the charge of heresy was leveled against devout Protestant, who chose to burn rather than recant.

At the center of Virginia Rounding's vivid account of this extraordinary period are two very different characters. The first is Richard Rich, Thomas Cromwell's protege, who, almost uniquely, remained in a position of great power, influence, and wealth under three Tudor monarchs, and who helped send many devout men and women to their deaths. The second is John Deane, Rector of St. Bartholomew's who was able, somehow, to navigate the treacherous waters of changing dogma and help others to survive.

The Burning Time is their story, but it is also the story of the hundreds of men and women who were put to the fire for their faith.

THIS IS A BRAND NEW BOOK. THERE IS A BLACK "CLOSEOUT/REMAINDER" MARK ON THE BOTTOM PAGE.