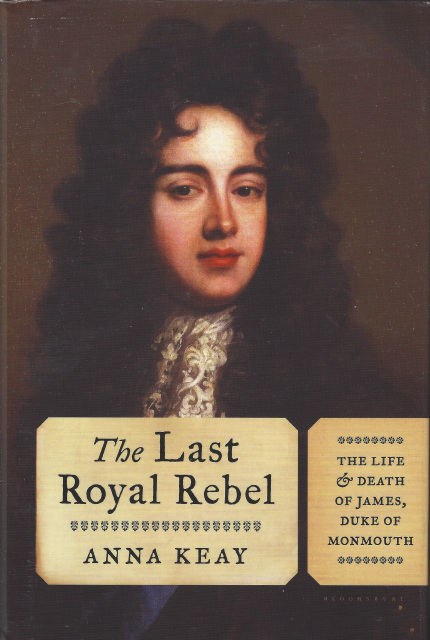 The Last Royal Rebel: The Life & Death of James, Duke of Monmouth by Anna Keay

The Last Royal Rebel: The Life & Death of James, Duke of Monmouth by Anna Keay

At first light on July 6, 1685, the last battle ever fought on English soil was almost over. On one side of the watery pasture at Sedgemoor was the dashing thirty-six-year-old Duke of Monmouth, the charismatic son of Charles II, adored by the people. A reformer, a romantic, and a Protestant, he was fighting the army he had once commanded, in opposition to his uncle, King James II. Yet even before he launched his attack, Monmouth knew he would die.

Born in the backstreets of Rotterdam in the year his grandfather Charles I was executed, Monmouth was the child of a turbulent age. His mother, the first of Charles II's famous liaisons, played courtesan to the band of raw and restless young royalists forced abroad by the changing political current. Conceived during a revolution and born into a republic, Monmouth, by the time he was twelve, was the sensation of the most licentious and libertine court in Europe. Adored by the king and drenched in honors, he became the greatest rake and reprobate of the age.

On his path to becoming "the last royal rebel," Monmouth consorted with a spectacular list of contemporaries: Louis XIV was his mentor, William of Orange his confidant, Nell Gwyn his friend, the future Duke of Marlborough his pupil, D'Artagnan his lieutenant, John Dryden his censor, and John Lock his comrade. Anna Key expertly chronicles Monmouth's life and offers splendid insight into this crucial and dramatic period in English history.