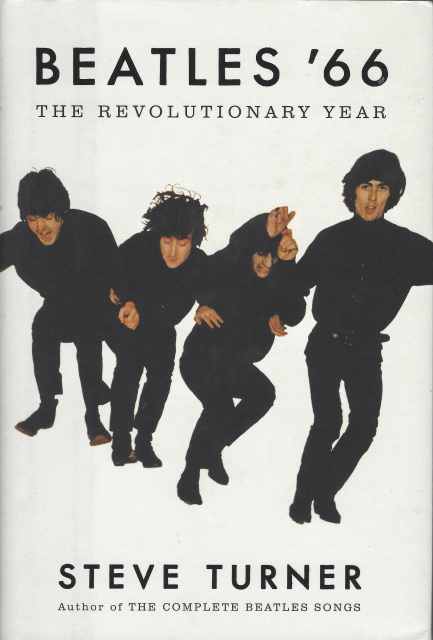 The year that changed everything for the Beatles was 1966 -- the year of their last concert and Revolver, their first album of songs not intended for live performance. This was the year the Beatles risked their popularity by retiring from the tour circuit, recording songs that explored alternative states of consciousness, experimenting with avant-garde ideas, and speaking their minds on issues of politics, war, and religion. It was the year Americans burned their records after John's explosive claim that the group was "more popular than Jesus," the year they were hounded out of the Philippines for "snubbing" the country's first lady, the year John met Yoko Ono, and the year Paul conceived the idea for Sgt. Pepper's Lonely Hearts Club Band.

On the fiftieth anniversary of this seminal year, music journalist and Beatles expert Steve Turner slows down the action to investigate in detail the enormous changes that took place in the Beatles' lives and work during 1966. He looks at the historical events that had an impact on the group, the music they made that in turn profoundly affected the culture around them, and the vision that allowed four young men from Liverpool to transform popular music and serve as pioneers for artists from Coldplay to David Bowie, Jzy-Z to U2.

By talking to those closest to the group and by drawing on his past interviews with the Beatles themselves and key figures such as George Martin, Timothy Leary, and Ravi Shankar, Turner gives us the definitive account of the twelve months that encompassed everything the Beatles had been and would yet become.