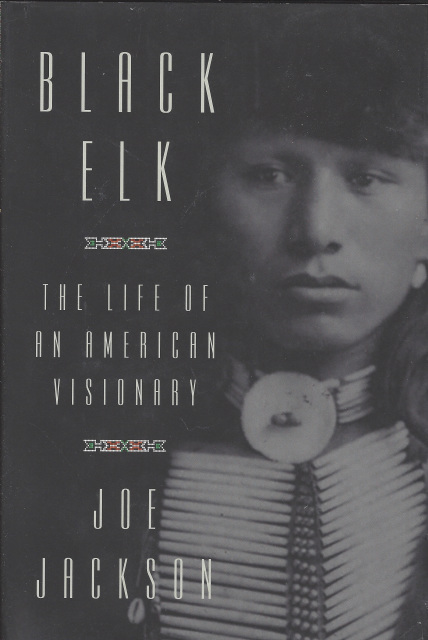 Black Elk: The Life of an American Visionary by Joe Jackson

Black Elk: The Life of an American Visionary by Joe Jackson

Black Elk, the Native American holy man, is known to millions of readers around the world from his 1932 testimonial Black Elk Speaks. Adapted by the poet John G. Neihardt from a series of interviews with Black Elk and other elders at the Pine Ridge Reservation in South Dakota, Black Elk Speaks is one of the most widely read and admired works of American Indian literature. Cryptic and deeply personal, it has been read as a spiritual guide, a philosophical manifesto, and a text to be deconstructed -- while the historical Black Elk has faded from view.

In this sweeping book, Joe Jackson provides the definitive biographical account of a figure whose dramatic life converged with some of the most momentous events in the history of the American West. Born in an era of rising violence between the Sioux, white settlers, and U.S. government troops, Black Elk killed his first man at the Little Bighorn, witnessed the death of his second cousin Crazy Horse, and traveled to Europe with Buffalo Bill's Wild West show. Upon his return he was swept up in the traditionalist Ghost Dance movement and shaken by the Massacre at Wounded Knee. But Black Elk was not a warrior, instead accepting the path of a healer and holy man, motivated by a powerful prophetic vision that he struggled to understand. Although Blak Elk embraced Catholicism in his later years, he continued to practice the old ways clandestinely and never refrained from seeking meaning in the visions that both haunted and inspired him.

In Black Elk, Jackson has crafted a true American epic, restoring to its subject the richness of his times and gorgeously portraying a life of heroism and tragedy, adaptation and endurance, in an era of permanent crisis on the Great Plains.