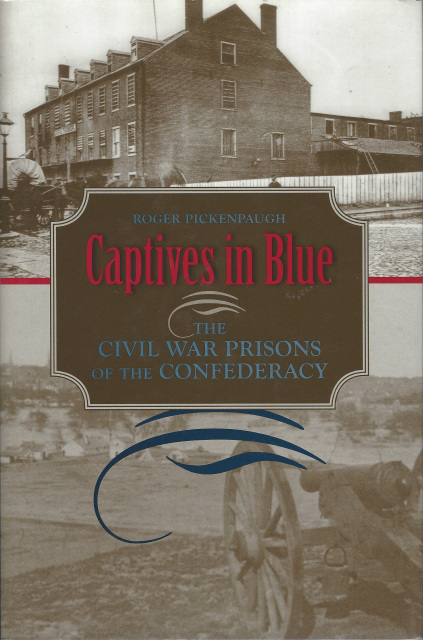 Captives in Blue: The Civil War Prisons of the Confederacy by Roger Pickenpaugh

Captives in Blue: The Civil War Prisons of the Confederacy by Roger Pickenpaugh

This study of Union captives in Confederate prisons is a companion to Roger Rickenpaugh's earlier groundbreaking book Captives in Gray: The Civil War Prisons of the Union and extends his examination of Civil War prisoner of war facilities into the Confederacy.

In June of 1861, only a few weeks after the first shots at Fort Sumter ignited the Civil War, Union prisoners of war began to arrive in Southern prisons. One hundred and fifty years later Civil War prisons and the treatment of prisoners of war remain contentious topics. Roger Pickenpaugh's two studies of Civil War prisons complement one another and offer a thoughtful exploration of issues that captives taken from both sides of the Civil War faced.

In Captives in Blue, Pickenpaugh examines the ways the Confederate army contended with the growing prison population, the variations in the policies and practices in the different Confederate prison camps, the effects these policies and practices had on Union prisoners, and the logistics of prisoner exchanges. Digging further, Pickenpaugh explores conditions that arose from conscious government policy decisions and conditions that were the product of local officials or unique local situations. He also considers how Confederate prisons and policies dealt with African American Union soldiers. Black soldiers held captive in Confederate prisons faced uncertain fates; many former slaves were returned to their former owners, while others faced harsh treatment in the camps. Drawing on prisoner diaries, Pickenpaugh provides compelling first-person accounts of life in prison camps often overlooked by scholars in the field.

The University of Alabama Press, Hardcover, 2013