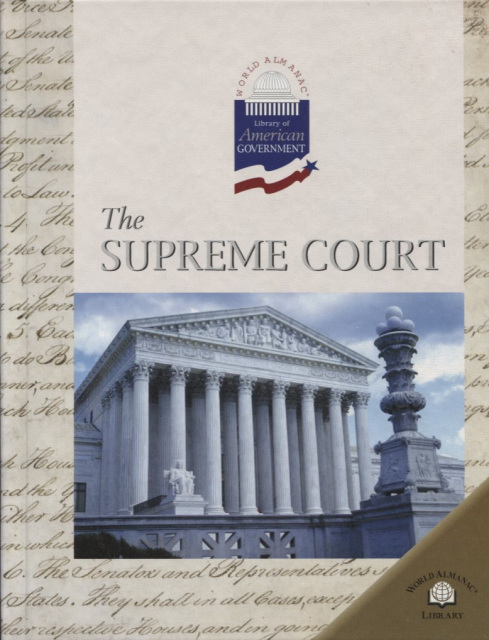 Nine justices make up the Supreme Court of the United States. When the Supreme Court speaks, people listen -- this elite group of black-robed judges is the final authority on the laws of the United States. In this volume, young historians will read about the organization of the Court, the extent and limits of its powers, and how it checks and balances the president and Congress. Readers will also learn about the history of the court, how a person becomes a Supreme Court justice, how cases come before the Court, the role of the chief justice, and the importance of dissenting opinions. Detailed tables present all of the Supreme Court justices in U.S. history and selected landmark cases on which they have ruled. Of particular interest is a series of focus boxes on "Landmark Cases" that shows the range of topics considered by the Court -- from school segregation to the 2000 presidential election -- and how deeply its rulings affect American life.

THIS IS A BRAND NEW YOUNG ADULT BOOK.