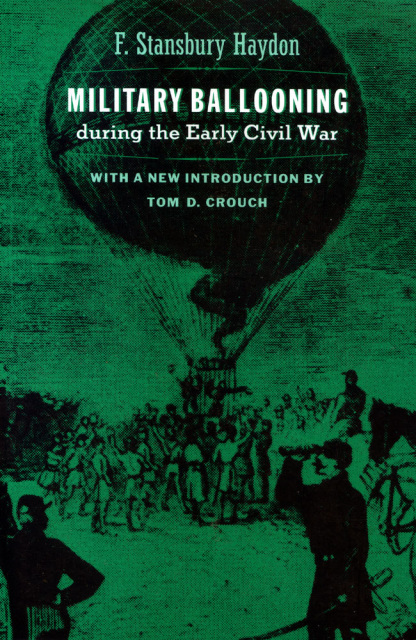 More than half a century after its initial publication, F. Stansbury Haydon's well-researched book remains the definitive work on the creation of the United States Balloon Corps during the Civil War. Haydon explores his topic down to the last detail, from the amount of fabric used to manufacture every balloon that saw federal service to the formula for varnish used to seal the envelopes. He explains the technical operation of mobile gas generators that T.S.C. Lowe designed to inflate balloons in the field and provides the precise cost of each rubber hose used in their construction.

Military Ballooning during the Early Civil War raises large and important questions about technological change within a military bureaucracy. The book begins with an introduction to the history of military ballooning since the wars of the French Revolution, with special attention to discussions of military aeronautics in the United States after the Seminole Wars. Haydon also demonstrates the complicated maneuvering among American balloonists who sought to aid the army before the Battle of Bull Run, and shows how officers' attitudes toward the balloons changed during the ensuing months of 1861-62.

First published in 1941 as Aeronautics in the Union and Confederate Armies, this volume received compliments in the Times Literary Supplement for its exploration of "the attitude of soldiers toward innovations." This edition includes a new introduction by Tom D. Crouch, senior curator of the Aeronautics Division at the National Air and Space Museum.