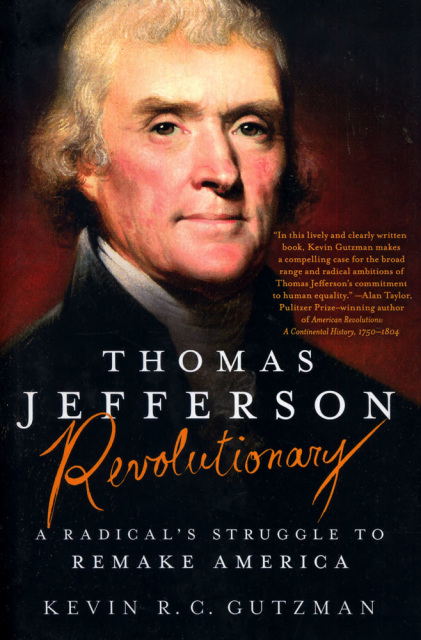 Thomas Jefferson was America's most revolutionary founding father. He wrote the Declaration of Independence. He was the president under whom the Louisiana Purchase was realized. He established the University of Virginia and attempted to incorporate Native Americans into American society. The way he thought about the size and reach of government, which Americans were full citizens, and the importance of religious freedoms and the role of education in the new country upended the received wisdom of the day.

Jefferson, though, was not without his flaws and contradictions. While he argued for the assimilation of Native Americans into society, he did not assume the same for Africans being held in slavery, all the while insisting that slavery should cease to exist. Many still accuse Jefferson of hypocrisy given that he both wrote that "all men are created equal" and held human beings as slaves. Kevin Gutzman shows, however, that Jefferson was more complex than his detractors would insist, a man who moved beyond the drafting of the Declaration of Independence to think deeply and radically about the young United States.

In this book, Gutzman paints a new portrait of the revolutionary Jefferson, a complex man who brought about radical change in a growing country by thinking deeply and acting decisively.