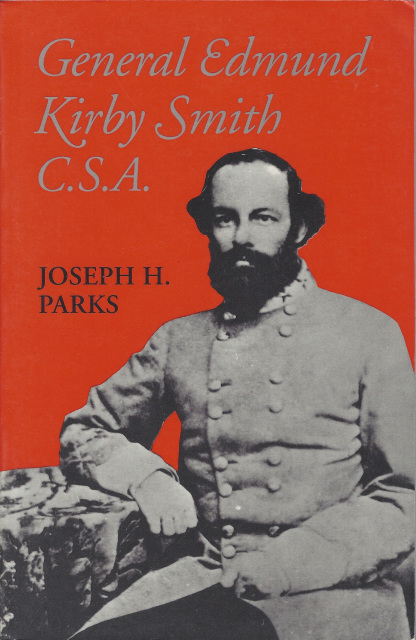 Here is the first critical biography of the Confederate general who commanded the largest theater of the Civil War, the Trans-Mississippi Department, and who held the same important command post longer than any other officer on either side. Edmund Kirby Smith, one of only seven full generals commanding Confederate armies in the field, exercised civil as well as military authority in the isolated Trans-Mississippi area to such an extent that this part of the Confederacy came to be known as "Kirbysmithdom."

A native of St. Augustine, Florida, Kirby Smith was twice breveted for bravery in the Mexican War. He spent the 1850s at various frontier posts and at the outbreak of the Civil War hurried to Confederate headquarters to offer his services. Soon he was a brigadier with Joseph E. Johnston in northern Virginia, and he is credited with playing a key role in the rout of the Union forces at First Manassas. In the spring of 1863 he assumed command of the vast Trans-Mississippi Department.

At the fall of the Confederacy, Kirby Smith was the last general to surrender. He spent the final twenty years of his life as a teacher and died in Sewanee, Tennessee, in 1893, where he had been a professor at the University of the South.

At the time of its original publication in 1954, this book won the first Sydnor Memorial Award, given by the Southern Historical Association for the best book in southern history.

THIS IS A USED BOOK IN FINE CONDITION.