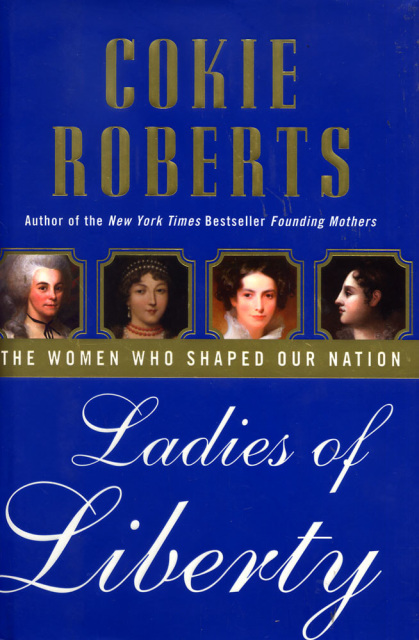 Ladies of Liberty: The Women Who Shaped Our Nation by Cokie Roberts

Ladies of Liberty: The Women Who Shaped Our Nation by Cokie Roberts

Recounted with the insight and humor of an expert storyteller and drawing on personal correspondence, private journals, and other primary sources -- many of them previously unpublished -- Roberts brings to life the extraordinary accomplishments of women who laid the groundwork for a better society. Almost every quotation here is written by a woman, to a woman, or about a woman. From first ladies to freethinkers, educators to explorers, this exceptional group includes Abigail Adams, Margaret Bayard Smith, Martha Jefferson, Dolley Madison, Elizabeth Monroe, Louisa Catherine Adams, Eliza Hamilton, Theodosia Burr, Rebecca Gratz, Louisa Livingston, Rosalie Calvert, Sacajawea, and others. In a much needed addition to the shelves of Founding Father literature, Roberts sheds new light on the generation of heroines, reformers, and visionaries who helped shape our nation, giving these ladies of liberty the recognition they so greatly deserve.