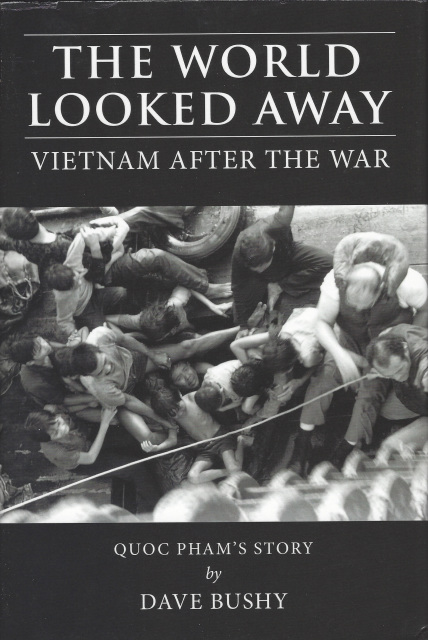 The World Looked Away: Vietnam After the War, Quoc Pham's Story by Dave Bushy

The World Looked Away: Vietnam After the War, Quoc Pham's Story by Dave Bushy

What happened to the people who remained in the former South Vietnam after the war ended in April 1975? Few of us know.

The war-weary United States had turned its attention away from the region, and the Communist leadership closed Vietnam to Western journalists.

For more than a decade, little was heard, but retribution against the South Vietnamese was swift and unending. Hundreds of thousands of former South Vietnamese military officers were sent to Reeducation Camps. Expecting a confinement of just ten days, most were incarcerated for years, suffering brutality, starvation, and death. The families of the prisoners had property and savings confiscated. They were denied jobs and medical care. They lived in poverty.

Ultimately, nearly a million "Boat People" chose to escape Vietnam by sea, taking their chances in fragile overcrowded vessels. Thousands died at the hands of pirates and the unforgiving ocean.

This is the true story of Quoc Pham, a former South Vietnamese naval officer, and his wife Kim-Cuong. It tells of the love between a man and a woman and their courage in the face of hopelessness. It is a story of a people -- of what happened in Vietnam while the world looked away.