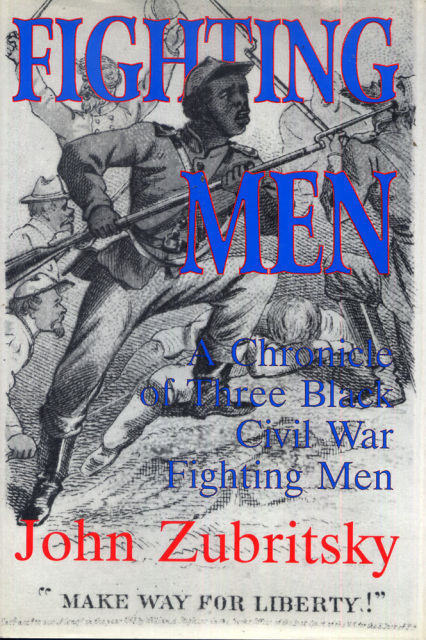 On the battlefield and at home, Fighting Men chronicles the stories of three African-Americans who joined, with over 170,000 others to make their race free.

In Baltimore late one August afternoon, two black men raised their right hands, swore to defend the Constitution of the United States, and officially became members of the 7th Regiment, United States Colored Infantry. To Elijah Dorsey, who had risked his life escaping from a plantation outside the city, the army promised freedom. To Fletcher Howard, whose outspoken views on racial equality had cost him two jobs, the army held out the hope that he could provide for his family. To Major Augustus T. Alexander, one of the few African-Americans commissioned during the Civil War, the army offered the opportunity to serve his people.

From then until April 1865, these three Fighting Men took part in skrimishes in Maryland and Florida as well as important battles at Petersburg, Virginia, and Fort Fisher, North Carolina. One of them won a Congressional Medal of Honor for his bravery, and another was present at Appomattox when Robert E. Lee surrendered.

During those twenty months, whether the problems were equal pay or the insubordination of white junior officers, Elijah Dorsey, Fletcher Howard, and Augustus T. Alexander discovered that racism in their own army was as stubborn an enemy as the Confederates.