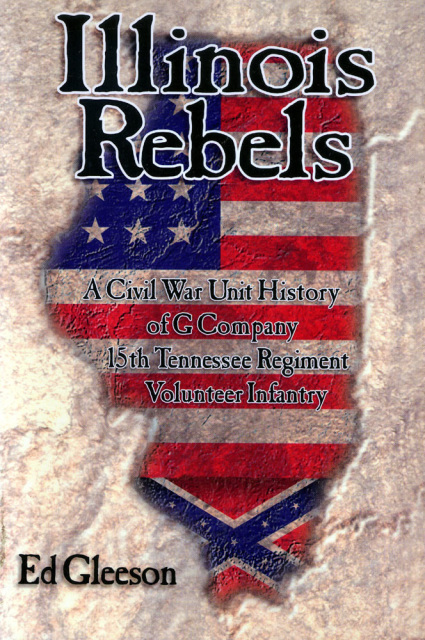 Illinois Rebels will be unwelcome by Civil War enthusiasts who see our greatest national calamity from a totally partisan point of view -- whether that partisanship be pro-Confederate or pro-Union. Pro Confederate partisans will be reluctant to reconize the overwhelming historical data that suggests that the Southern Illinois farmers, a majority of whom had been born in the South, detested the planter class of the Southern aristocracy. Pro-Union partisans will be hesitant to accept the mountain of historical evidence that proves the existence of a small, but intensely dedicated, group of men from the "Land of Lincoln" who went south to fight against their fellow Illinoisans, beginning their journey from two hundred miles behind enemy lines. These Southern patriots from Illinois, just like their much more numerous Federal counterparts from the Prairie State, were good and decent men, firmly committed to the service of God and country.

Illinois Rebels is certain to be rejected by those who loudly proclaim the epic drama to be a clear case of the good guys (us) versus the bad guys (them). But for those who appreciate the horrible ironies of history, this book can serve as one more grim reminder of the terrifying reality that was the real War Between the States. Incredibly, the conflict was a matter of half of the American family -- North or South, free or slave, good or bad -- pitted against the other half. The challenge here is to understand history by overcoming stereotypes. And the premise is that fact, as usual, is stranger than fiction.