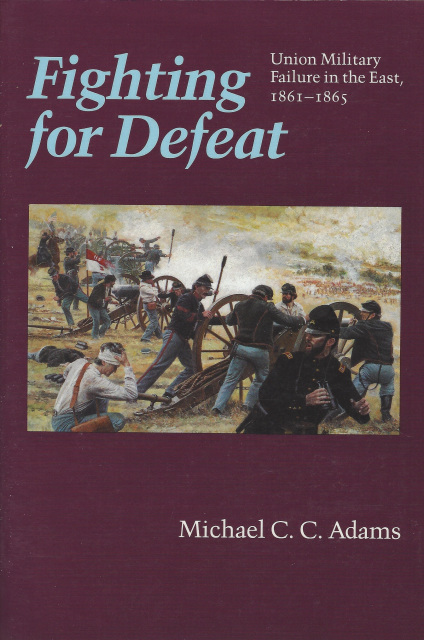 Fighting for Defeat argues that the Union army's lack of success in the eastern theater early in the Civil War was due largely to its fear that the Confederate army was invincible. Certain to arouse discussion, this study by Michael C. C. Adams combines probing social and psychological analysis, blood-rushing description of events, and candid pictures of President Lincoln, and Generals George McClellan and Ulysses Grant, among many others. It was first published in 1978 with the main title Our Masters the Rebels.