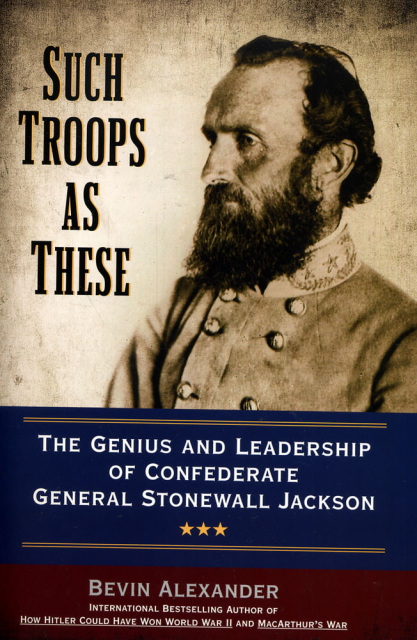 Such Troops as These: The Genius and Leadership of Confederate General Stonewall Jackson by Bevin Alexander

Such Troops as These: The Genius and Leadership of Confederate General Stonewall Jackson by Bevin Alexander

The Civil War pitted the industrial North against the agricultural South, and remains one of the most catastrophic conflicts in American history. With triple the population and eleven times the industry, the Union had a decided advantage over the Confederacy. But one general had a vision that could win the war for the South -- Thomas J. "Stonewall" Jackson.

In Such Troops as These, Bevin Alexander presents a compelling case for Jackson as the greatest general in American history. Fiercely dedicated to the cause of Southern independence, Jackson would not live to see the end of the war. But his military legacy lives on and finds fitting tribute in this book.