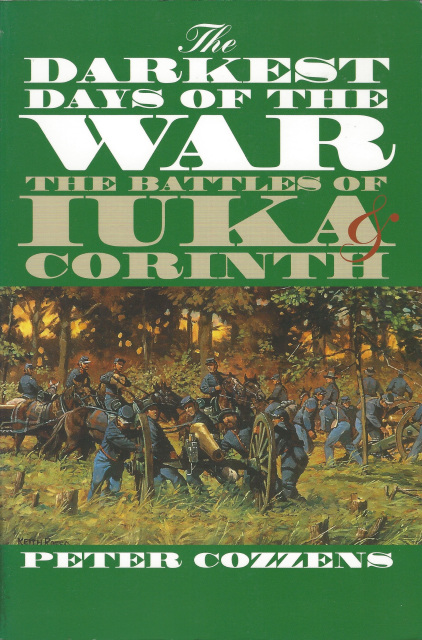 The Darkest Days of the War: The Battles of Iuka & Corinth by Peter Cozzens

The Darkest Days of the War: The Battles of Iuka & Corinth by Peter Cozzens

During the late summer of 1862, Confederate forces attempted a three-pronged strategic advance into the North. The outcome of this offensive -- the only coordinated Confederate attempt to carry the conflict to the enemy -- was disastrous. The results at Antietam and in Kentucky are well known; the third offensive, the Northern Mississippi campaign, led to the devastating and little-studied defeats at Iuka and Corinth, defeats that would open the way for Grant's attack on Vicksburg.

Peter Cozzens details the tactical stories of Iuka and Corinth, analyzing troop movements down to the regimental level and providing compelling portraits of Generals Grant, Rosecrans, Van Dorn, and Price. He also draws out the larger, strategic implications of the battles, exploring their impact on the fate of the northern Mississippi campaign, and, by extension, the fate of the Confederacy.