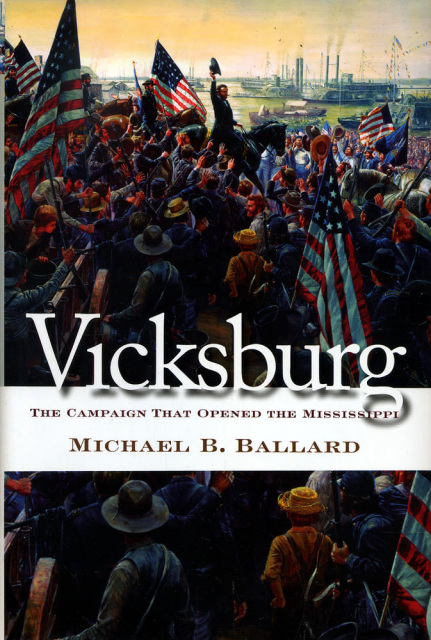 Vicksburg: The Campaign that Opened the Mississippi by Michael B. Ballard

Vicksburg: The Campaign that Opened the Mississippi by Michael B. Ballard

When Confederate troops surrendered Vicksburg on July 4, 1863 (the day after the Union victory at Gettysburg), a crucial port and rail depot for the South was lost. The Union gained control of the Mississippi River, and the Confederate territory was split in two. In a thorough yet concise study of the longest single military campaign of the Civil War, Michael B. Ballard brings new depth to our understanding of the Vicksburg campaign by considering its human as well as its military aspects.

Ballard examines soldier attitudes, guerrilla warfare, and the effects of the campaign and siege on civilians in and around Vicksburg. He also analyzes the leadership and interaction of such key figures as U.S. Grant, William T. Sherman, John Pemberton, and Joseph E. Johnston, among others. Blending strategy and tactics with the human element, Ballard reminds us that while Gettysburg has become the focal point of the history and memory of the Civil War, the outcome at Vicksburg was met with as much celebration and relief in the North as the Gettysburg victory, and it should be viewed as equally important today.