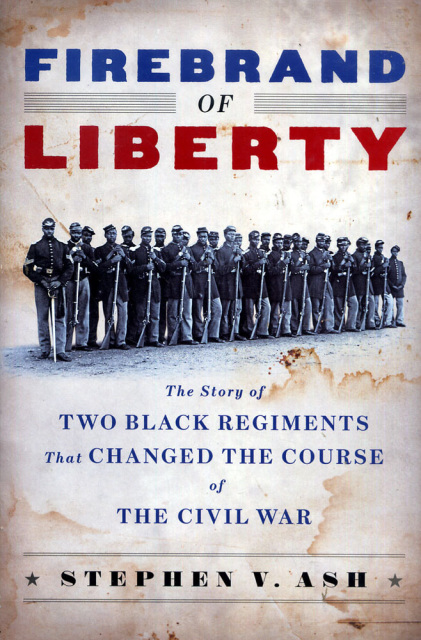 Firebrand of Liberty: The Story of Two Black Regiments that Changed the Course of the Civil War by Stephen V. Ash

Firebrand of Liberty: The Story of Two Black Regiments that Changed the Course of the Civil War by Stephen V. Ash

Firebrand of Liberty tells the story of the 1st and 2nd South Carolina -- two of the first black units to see action in the Civil War -- who paved the way for soldiers like those of the 54th Massachusetts, the celebrated regiment of the motion picture Glory. Early in March 1863, these two regiments sailed from South Carolina to Florida on a bold mission into Confederate territory to capture Jacksonville and establish a Union base there. Historian Stephen V. Ash describes their audacious attempt to "free" Florida, in order that it serve as a beacon of freedom, a haven for black fugitives, and a firebrand of liberty that would help ignite the destruction of Southern slavery from within. This achievement is all the more remarkable given that just a few months earlier, nearly all of the soldiers had been slaves themselves. Firebrand of Liberty chronicles the story of these men whose extraordinary expedition led Abraham Lincoln to endorse full-scale recruitment of black troops -- and thus helped turn the tide of the Civil War in favor of the Union.

Ash brings to life the people involved in the mission: abolitionist Thomas Wentworth Higginson, the expedition's commander; soldiers like Prince Rivers, a trusted sergeant fighting to free his people; Lyman Stickney, a U.S. Treasury agent and a sly confidence man; and Charlotte Forten, a young black woman involved in a passionate affair with a married white army officer much older than she.

Firebrand of Liberty covers an incident in the history of the Civil War that has largely been ignored by historians, but whose significance was profound. Ash's stirring narrative re-creates this pivotal event with insight, vivid detail, and a keen sense of drama.