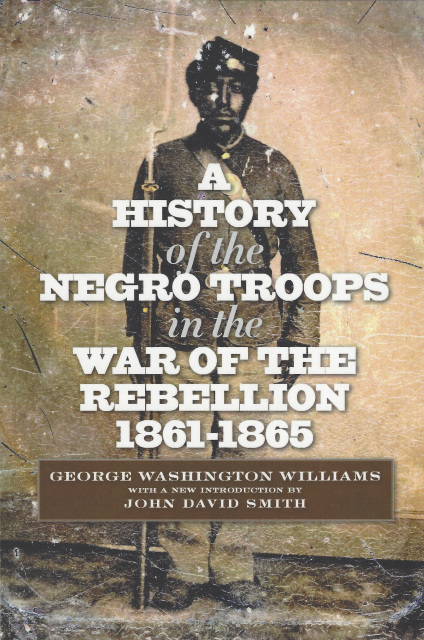 A History of the Negro Troops in the War of the Rebellion, 1861 - 1865 by George Washington Williams

A History of the Negro Troops in the War of the Rebellion, 1861 - 1865 by George Washington Williams

A History of the Negro Troops in the War of the Rebellion, 1861 - 1865 (originally published in 1887) by pioneer African American historian George Washington Williams remains a classic text in African American literature and Civil War history. In this powerful narrative, Williams, who served in the U.S. Colored Troops, tells the battle experiences of the almost 200,000 black men who fought for the Union cause. Determined to document the contributions of his fellow black soldiers and to underscore the valor and manhood of his race, Williams gathered his material from the official records of U.S. and foreign governments and from the orderly books and personal recollections of officers commanding Negro troops during the American Civil War.

The new edition of this important text includes an introductory essay by the award-winning historian John David Smith. In his essay, Smith narrates and evaluates the book's contents, analyzes its reception by contemporary critics, and evaluates Williams's work within the context of its day and its place in current historiography.