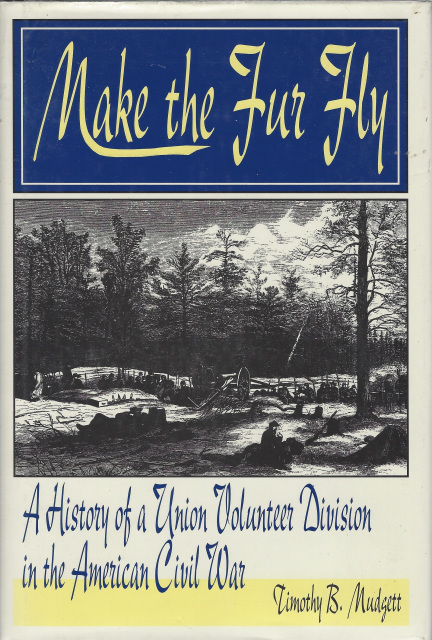 Make the Fur Fly: A History of a Union Volunteer Division in the American Civil War by Timothy B. Mudgett

Make the Fur Fly: A History of a Union Volunteer Division in the American Civil War by Timothy B. Mudgett

When a staff officer from George Meade's headquarters questioned his preparations for an assault at Petersburg, Union VI Corps Commander, Major General Horatio Wright, retorted that his men would "make the fur fly." Spearheading the VI Corps' assault force, the 2nd Division did just that, breaking the Rebel lines and starting Robert E. Lee's army on the long retreat that ended at Appomattox Courthouse.

Starting with its formation during the Peninsular Campaign of 1862, Make the Fur Fly follows a Union division through the war. 2nd Division, VI Corps participated in almost every major engagement in the eastern theater of war, battles such as Savage Station, Antietam, Chancellorsville, Gettysburg, Wilderness, Spotsylvania, the Shenandoah Valley Campaign of 1864, and the final assault on Petersburg. More than just a history of its battles, the book shows how the 2nd Division's men lived, trained, and stood up to seemingly endless marches in the shimmering heat of Virginia.

Above all, Make the Fur Fly is a story of how a band of very unmilitary volunteers from different states were molded over time through hard-won experience into a topnotch fighting unit, to whom military professionals like Ulysses S. Grant and Philip Sheridan assigned the decisive point on many a battlefield.