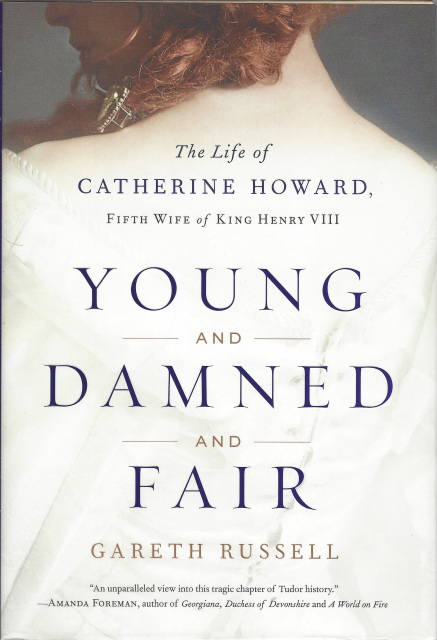 Young and Damned and Fair: The Life of Catherine Howard, Fifth Wife of King Henry VIII by Gareth Russell

Young and Damned and Fair: The Life of Catherine Howard, Fifth Wife of King Henry VIII by Gareth Russell

On the morning of July 28, 1540, as King Henry VIII's former confidant Thomas Cromwell was being led to his execution, a teenager named Catherine Howard began her reign as queen of a country simmering with rebellion and terrifying uncertainty. Nineteen months later, she was on the scaffold, accused of adultery and high treason.

Until now, Catherine's story has been incomplete. Unlike previous accounts of her life, which portray her as a naive victim of an ambitious family, this compelling and authoritative biography reexamines her motives and social milieu, including both fellow aristocrats and the servants who eventually conspired against her. By illuminating Catherine's entwined upstairs/downstairs worlds and societal tensions beyond the palace walls, Gareth Russell offers a fascinating portrait of court life and the forces that led to Catherine's execution -- from diplomatic pressure and international politics to the long-festering resentments against the queen's household at court.

Including a forgotten text of Catherine's confession, Young and Damned and Fair changes our understanding of one of history's most famous women while telling the compelling and very human story of complex individuals attempting to survive in a dangerous age.